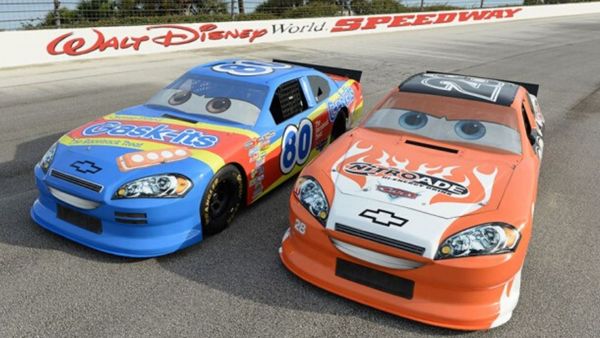 The Mouse used to host some interesting races.

Even though it closed almost 5 years ago to the day, quite a few people have completely forgotten the Walt Disney World Speedway ever existed. If you were to go visit the Magic Kingdom today there wouldn’t be any reminders of it, either. Not wanting to let this memory slide away completely, we want to help jog everyone’s memory of when the Mouse hosted some great motorsports events.

Originally announced in January of 1995, the Walt Disney World Speedway was to serve dual purposes: host major motorsports events and let tourists experience what it was like to drive a real race car. That was a simple mission and Disney put little into the facility, using temporary structures instead of permanent buildings – not a good sign. Races were only held in January of each year when the resort wasn’t as busy, making the racing more of a side business.

Called “The Mickyard” in motorsports circles, the track was not your typical oval. Designed by Indianapolis Motor Speedway chief engineer Kevin Forbes, it had to fit in a triangular lot and not cause any disruption to the resort’s existing roads. It was a tri-oval with three turns. A straightaway in front of the stands led into Turn 2. Each turn was completely unique, including banking, so it was a real challenge for drivers and teams to prepare to race on it. Some race teams absolutely hated the track, saying elements of it were unsafe, so it was controversial.

Just a year later in January of 1996 the grand opening of the Disney World Speedway was held. It kicked things off in high gear by hosting a Formula Ford 2000 support race and then the Indy Racing League’s Indy 200 amidst much fanfare. However, temporary buildings and dangerous turns were only the tip of the iceberg when it came to the problems which immediately surfaced, essentially dooming the track from the beginning.

Drainage problems were a constant battle at the speedway, showing that the facility was poorly planned. Another consideration Disney executives didn’t take into account was the parking issue. Temporary bleachers constructed for race spectators encroached on the valuable parking lot. In addition, those spectators had to compete with tourists for the parking spots which were left, even though races were held at the less-busy time of the year.

Thanks to these issues and a disagreement with the Indy Racing League, plus NASCAR falling into and out of love with the facility quickly, racing at Walt Disney World came to a halt in 2000. The speedway remained open but only for regular people to experience what it was like to drive on a race track. This included an Exotic Driving Experience where guests got behind the wheel of supercars like Ferraris and Lamborghinis. That meant adding an Exotics Course to the infield, which was like a road course where drivers could experience how well the supercars handled through tight turns.

Also included at the Walt Disney World Speedway was the chance for regular people to pilot a Sprint Cup race car on the oval, a program ran by the Richard Petty Driving Experience. There was also a unique kids’ experience called the Piston Cup Junior Ride-Along. The little ones could ride in a stock car done up to look like a character from the Pixar Cars series. Like the track, these unique programs were shuttered in August 2015 after making many people’s dreams come true. You should know the Richard Petty Driving Experience has continued on at many other tracks, including Talladega Superspeedway, Atlanta Motor Speedway, Phoenix Raceway, and Daytona International Speedway, to name a few.

Sadly, it was a tragedy which seemed to finally doom the Walt Disney World Speedway. On April 13, 2015 a driver taking part in the Exotic Driving Experience lost control of his supercar and crashed, killing the instructor in the passenger seat. Florida state officials temporarily shut down the track while performing an investigation, which ultimately concluded Disney and the school were not at fault. Despite that outcome, the decision was made to close and scuttle the track. Disney originally was going to wrap up operations on June 28th but pushed the date out to July 1st. All official operations ceased on August 9th.

Another reason for eliminating the Walt Disney World Speedway was to expand the Magic Kingdom parking lot. Yep, that’s pretty pathetic but true. Apparently, the bean counters convinced Disney brass building a parking structure and keeping the track wasn’t the way to go. Considering the parking problems from the beginning, if Disney had built a parking structure races might still be held there.

Today, if you were to visit Walt Disney World you’d have trouble even telling where the speedway was located. All signs related to it have been completely removed. What’s left of the track has been incorporated into the road system. However, the Mickey Mouse-shaped lake built in the infield to help with the constant drainage problems is still there, a solemn reminder of when Disney World once hosted car races.