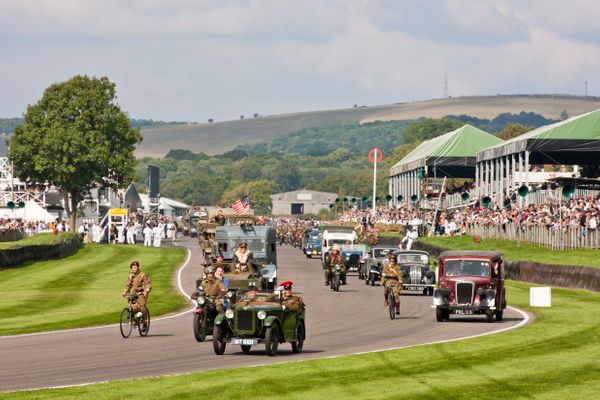 The latest car-related sporting events to be canceled due to Covid-19.

Covid-19 continues to cause the cancellation or postpone of hundreds of sporting events around the globe, and now two of the most iconic automotive events are among the list of postponements. Organizers for the Indianapolis 500 and the Goodwood Festival of Speed have announced plans to push back the dates until later in the year, which is much better than these events being cancelled altogether.

Originally scheduled to run on May 24th, the 104th running of the Indy 500 is now being pushed back to August 23rd. This will be the first time the "Greatest Spectacle in Racing" hasn't run in Memorial Day since 1946, and it's the first time ever the event hasn't been run in May. The 2020 IndyCar season was postponed just days before the St. Pete Grand Prix was to take place, and while it's still hopeful that event can be rescheduled, races at Barber Motorsports Park, Circuit of the Americas and Long Beach have been cancelled for the 2020 season. As of now, the Detroit Grand Prix is still scheduled as planned on May 29-31.

Proving just how serious this pandemic is right now, the Goodwood Festival of Speed has also been pushed back despite it already being scheduled for July 9-12 in West Sussex, England. According to an announcement, Goodwood is likely to be rescheduled for late summer or early fall, and organizers also had this to say:

"Goodwood has always prided itself on delivering the most incredible motorsport experiences and in order to do that customers, drivers, team members, volunteers and staff must be kept safe."