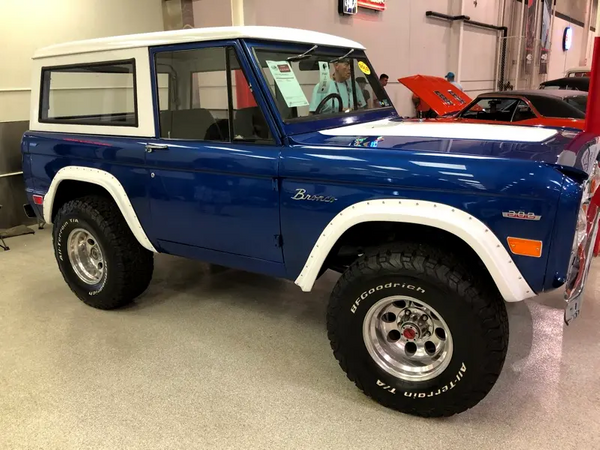 Which of these cars deserves a place in your garage?

The Chevrolet Chevelle SS is easily one of the most popular muscle cars from the era of high-performance muscle powered by big-block V8s. Although unknown at the time, the 1969 model year was edging closer to the demise of the movement with the oil crisis looming on the horizon that would cause people to buy smaller cars for fuel efficiency. Here we have a beautiful example of a 1969 Chevrolet Chevelle SS 396 Convertibleheading to online auction (with reserve) during the Iron Planet's Leake Virtual Live Auction on Monday, August 31st (Eastern Standard Time).

Introduced in 1999 and killed off 10 years later, the Honda S2000 has now been dead longer than it was alive. Demand for these two-seat roadsters continues to sky rocket, but the problem is that most of these cars been modified and/or abused. That definitely isn't the case with the 2001 Honda S2000 that is up for sale through Crown Concepts.

The 1962 model year was the final year of the C1 Corvette, marking the end of an amazing introductory run for America’s sports car. There’s no better way to celebrate the capping off of such an accomplishment than to bid on this 1962 Chevrolet Corvette which is on the virtual auction block right now on Proxibid. Having been the subject of an extensive restoration, this is a beauty of a car anyone would be envious of.

Named after the International Race of Champions, Chevrolet introduced the IROC-Z Camaro to the world for the 1985 model year as an option package on the Z28. This new third-gen Camaro model came with plenty of factory upgrades regarding suspension and performance. With a short production run of five years, the 1990 model year was the last for the IROC-Z. Showdown Motors Inc. is excited to offer the opportunity to own a last-year example with this stunning 1990 Chevy Camaro IROC-Z.

Since 1968, this 1939 MG VA Tickford Drophead coupe has been owned by a single family based on the West Coast, and now this pre-war British car is looking for a new home through the upcoming Lucky Collector Car Auctions. As we've come to love from vintage MGs, the Tickford Drophead coupe is a two-door roadster with seating for four, and these cars were built in very limited numbers for just three years before the start of World War II.

If you’re interested in owning a cool classic car that doesn’t cost your firstborn child and a few limbs, this 1957 Pontiac Star Chief could be the ticket. This good-looking ride is on the virtual auction block right now through Proxibid, but you better act quickly before it’s gone.

There is a lot of hype still surrounding the all-new 2021 Ford Bronco recently debuted by the Blue Oval. While Ford may have nailed the design on the modern off-roader, we should all tip our hats to its predecessors. One of the most attractive off-roading vehicles from back in the day is a vintage Bronco. Awesome Joe's Auctions is excited to offer this stunning and fully restored 1969 Ford Bronco into their virtual auction. As of this writing, it currently sits at $20,000 with 8 days left to place that winning bid.

Debuted with an all-new style, the 1966 Chevrolet Chevelle in high-performance Malibu trim was the most popular out of the lineup. A total of 241,600 Malibus were produced for the 1966 year, but we guarantee that you still won't stumble across one that comes close to this stunning pro-touring 1966 Chevy Chevelle Malibu. Classic Car Liquidators is excited to offer the opportunity to own this one-of-a-kind g-machine that still retains its classic styling but with modern power and features.