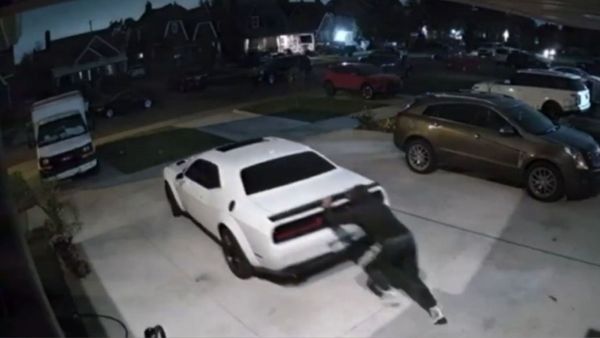 We hate to say we told you so, but we did.

Some people laughed or got angry when we said modern Dodge muscle cars are catnip for criminals. Apparently, pointing out that the high-powered Dodges are big time theft targets is anti-Mopar to certain people, but we’re constantly vindicated as these muscle cars are stolen constantly. Even better, the city of Sterling Heights Police Department is warning everyone in the Metro Detroit area that thieves really, really want their Challenger or Charger (and your Durango Hellcat when you get that).

According to the police, they’ve seen a dramatic spike in Mopar muscle car theft in the area. We believe it, because we don’t pass along even a tenth of the stories we come across. In just 10 days’ time, 4 high-speed chases involving a Dodge Challenger or Charger were reported by Sterling Heights Police. For example, one involved a suspected stolen car traveling at over 90 mph before the chase was called off.

Recently, would-be thieves broke through a glass door to get into Sterling Dodge to swipe some cars. We’re assuming they were looking for Hellcats, since those are the models criminals want the most. Fortunately, a cleaning crew was at the dealership and the crooks were scared off by their presence.

We’ve seen it all lately, from crooks swiping dozens of Mopars from dealerships (and some failing in the process) to wrenching open a sunroof and jump-starting one. They’ve been swiped from people’s driveways at night and in busy parking lots during the day.

A local news story makes 4 suggestions for securing your Dodge Charger or Challenger: install an alarm system, put in a GPS tracker, park in your garage, or park in a well-lit area. Modern Mopars have a factory alarm which even pushes notifications to a smartphone, but some owners complain it won’t sync with their device. They also come with a GPS tracker embedded in the car, but again certain owners claim the tech doesn’t work properly. It might not be a bad idea to get aftermarket systems if that’s the case.

As for parking in a garage, that helps but it’s not a failsafe. We’ve seen criminals break into garages at night, so even better is to physically lock the door. And from what we’ve observed, parking in a well-lit area does pretty much nothing considering thieves take cars in broad daylight from busy areas.