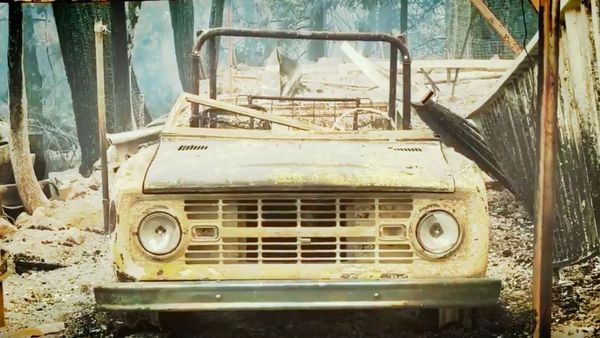 The level of destruction there is jaw-dropping.

If you’ve been paying attention to the news at all, you know there are several wildfires raging in California, Oregon, and Washington. Many of the fires have started suddenly and spread quickly, destroying neighborhoods ruthlessly. Among the burned wreckage have been quite a few classic and collector cars, which is truly a sad sight to behold.

We’re first and foremost a collector car site, so our focus is always on the rare, desirable vehicles in any news story. However, it’s hard to not be astounding at the loss of life, homes, and livelihoods from the fires in California, Oregon, and Washington. Many have driven through what can only be described as a hellscape with fire pushing in on both sides of the road and smoke obscuring their view. Others had to be airlifted out as the fire closed in on all sides. We can’t even begin to imagine the fear that causes, or the devastating feeling of returning to your house to find everything is gone.

For example, a couple in Vacaville, California were evacuated because of the approaching wildfire. When they returned, they found their garages which housed over a dozen classic cars had been burned out. From the looks of things, the cars are pretty much done for now. The husband says he feels “kind of numb” about it all, noting that the insurance likely won’t cover all the damages. Not only that, he noted the personalized details simply can’t be replaced.

Video footage out of the Shaver Lake area near Fresno, California shows massive destruction. A first-generation Ford Bronco sits surrounded by ashes, the tires burned right off the wheels and the windshield frame warped as it lays on the front seat frames, the upholstery having also been consumed.

Early drone footage of areas in Oregon where people haven’t been allowed back in reveal absolute devastation. Houses and garages are leveled, the carcasses of countless vehicles partially buried in the rubble. If the fire didn’t destroy the cars, the collapsed structure which was supposed to protect them did. No doubt we’ll hear more stories of prized cars destroyed, perhaps beyond the point of making a restoration practical.

With a year where riots and coronavirus lockdowns have already made vehicles scarce, this isn’t great news for people in general. Sure, it makes certain classic cars more valuable since scarcity drives prices up, but it also continues to incentivize already-rising car theft rates. Plus, we’re just not fans of senseless destruction.