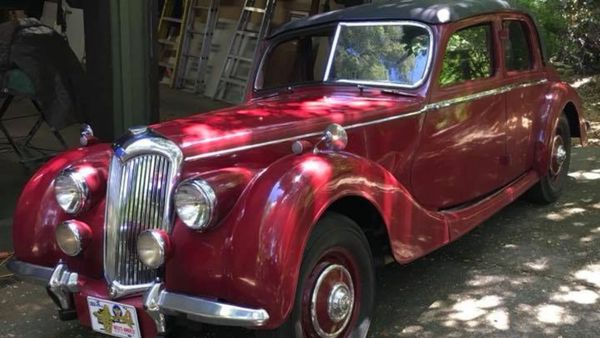 This has got to hurt.

Once again California is being consumed by fire, causing substantial property loss and unfortunately some deaths. A fire in Vacaville, which is in the northern part of the state, not only took out a couple’s home but also their three beloved classic cars.

Stored in the garage was a reportedly immaculate 1949 Riley which is now just a charred frame. Also claimed by the fire was a 1959 Morris Minor and a 1967 MGB. All three are historically important cars. Each is a collectible and while they can be replaced, they had tremendous sentimental value.

We’ve seen other car collections burned up in fires, both in California and elsewhere. And while it’s great to hear nobody was hurt, including the couple’s four cats and dog, it’s still sad to see such beautiful cars unnecessarily ruined. We’ll be fair and say it’s also tragic that their home burned down, but we’re a collector car site first so that’s our focus.

John Phillips, a retired music teacher who still plays with the Vallejo Symphony Orchestra, has a great attitude about the situation. “Everything can be replaced,” he told local journalists. There’s nothing to be done with what’s been lost at this point, so the man is right. Although it’s reported he’s especially sad the Riley was lost. It had been his father’s car until he passed away in 2011. The Morris Minor was driven to and from work by Phillip’s father.

His wife, Patty, was home alone when the power went out at 1:30 in the morning. She opened the front door to see what was happening and felt a “blast of hot air.” An official told her to evacuate and so she grabbed what she could. Unfortunately, driving one of those classic cars to safety wasn’t part of the plan.

A fundraiser has been started to help the couple recover from the catastrophic loss.