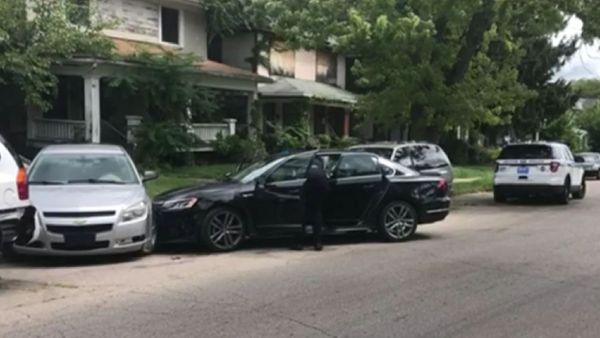 Remember how we told you car thefts are going to become more common?

Just like when your mom kept telling you to close the refrigerator door or not track mud in the house, we keep telling readers car thefts have spiked since the coronavirus lockdowns and they’re only going to get worse. And while muscle cars and other performance models are often the targets, that’s not always the case.

Police in Dayton, Ohio say they believe 7 teenagers have been responsible for a rash of car thefts, including one vehicle which was taken with a baby inside. Thankfully, the baby was dropped off safely, but that didn’t slow the teenage criminals down one bit.

The following week, two car dealerships in the area were the victims of theft. Police say a Dodge Ram and Cadillac were stolen from a used car lot in Miamisburg and were driven to the White Allen VW in Miami where they were both ditched.

From there, the teens stole three other cars. According to a local news report, keys were taken out of drawers and left in a pile outside the dealership office.

Later, a police detective spotted one of the stolen cars, a black Volkswagen Passat, and a marked cruiser tried to pull it over, but the teen driver fled, sideswiping the police cruiser, then hitting three other cars before coming to a stop. All three teens in the car ran, but police caught two immediately and tracked down the third one later.

Not only were police able to recover the now-crashed Passat, they tracked down a white Volkswagen Tiguan and three more of the teenage car thieves. One teen and a 2012 GM Acadia are still at large.

As my 7th grade language arts teacher said: if you’re going to steal a car, at least go for a Ferrari not a Datsun. Apparently these kids don’t get that Volkswagens are anything but “hot” cars.

This story should serve as a reminder that you should take precautions and secure your vehicle, especially during the nighttime hours. Car thefts are becoming way too common these days and there are plenty of indications they’re going to get even worse.