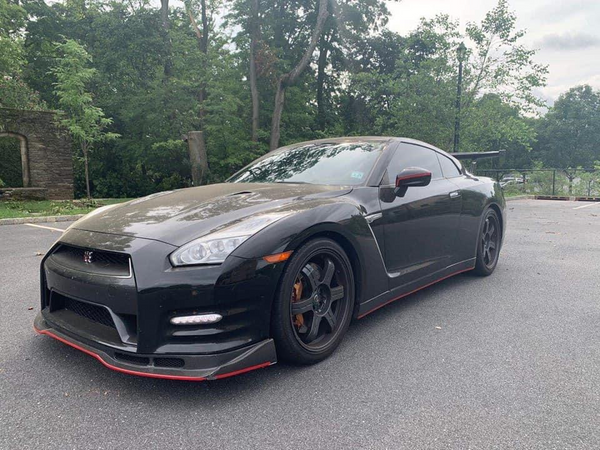 A slice of JDM that all car enthusiasts can appreciate.

With a nickname like Godzilla, the 2015 Nissan GTR - Black Edition Watch is a Japanese performance-oriented sports car and grand tourer built to impress. A successor to the beloved Skyline GT-R, the GT-R standalone model was unveiled back in 2007 and has been ever-popular since. Still, it's not a car the average person sees on the daily, so this incredible 2015 Nissan GT-R Black Edition is sure to turn every head in town. Up for virtual bids, this black beauty is listed on Awesome Joe's Auctions website with a current bid of $40,000 with 6 days left. With a mere 28,000 miles on the clock, this gem is just breaking in.

Finished in a glossy black, this GT-R appears as sinister as it performs. Exterior highlights on the Black Edition include a carbon fiber spoiler out back and exclusive 20-inch RAYS wheels. Keeping the black theme uniform are tinted windows but also allow privacy.

Open the doors to the cabin and reveal an immaculate interior that shows some of the exclusive features of a Black Edition. Recaro racing seats that were commissioned specifically by Nissan for the Black Edition are bolted down up front, and the interior is finished in red and black leather.

This beautiful yet menacing 2015 Nissan GT-R Black Edition is located in Highland Park, New Jersey and has a clean CarFax. If interested in Godzilla, a car that is bound to garner much attention and appreciation, then make sure to check out Awesome Joe's Auctions and register so you can place that winning bid.