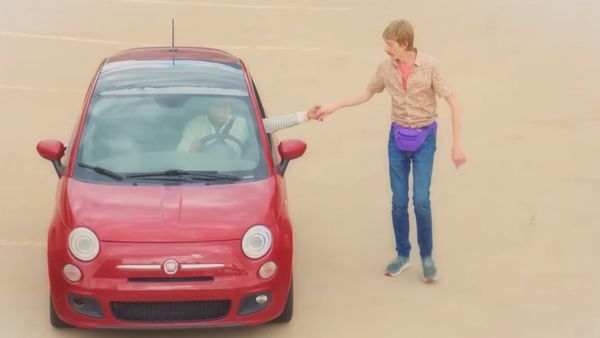 There are many advantages to the third pedal…

We keep saying, but 2020 is the year of rising car thefts in the United States and a lot of other countries. Thanks to the coronavirus lockdowns, thieves have more time to stake out your ride and figure out when to swipe it. However, there’s a great device which will stop most of these entitled thugs from stealing your ride: a manual transmission.

That’s right. A shocking number of people these days don’t know what to do with a third pedal and stick. Learning how to use a manual takes time and effort, two things which seem to be scarce. Do you really think a criminal who’s always looking for shortcuts in life will bother to learn how to row through the gears?

This has played out over and over in the news, like a video we’re including about a failed carjacking attempt in St. Louis. After handing over his keys, the criminal didn’t take his Nissan Altima, and he says it’s not just because it was a Nissan Altima.

Last year, Volkswagen put out a hilarious commercial about a couple of younger guys out on the town in a new VW Jetta GLI. They’re talking about music while finding a parking spot on the street in what could be just about any city in North America. After parking, the passenger asks the driver, “aren’t you going to lock the car?” The driver responds, “nah, it’s a stick shift.” That’s when we realize the genius of the commercial.

Did we run out and buy a Jetta GLI? Uh, not even close, but it sure gave us a good laugh. This commercial also triggered plenty of whiny people, including a particular car site that whined about how leaving a car unlocked wasn’t a good idea – bet they’re real fun at parties. Well, VW caved like a cheap wedding cake and took the video off YouTube in a hurry. Thankfully one dealer left a copy up. What we’re to understand from that is the German brand is trying to appeal to those who are easily offended, or at least it’s bending to their will.

We’re not afraid to offend, so if you want to deter car theft get something with a manual transmission. Most criminals will see that and move on to the next target. Oh, and it’s ok to laugh about criminals being too dumb to drive manuals, as the included comedy sketch points out so well.