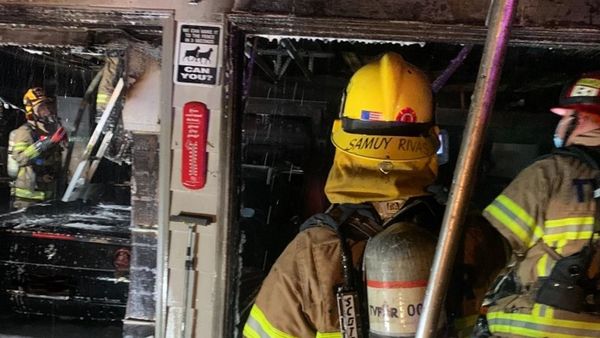 Thankfully, no injuries were reported.

A house fire broke out in Washington County, Oregon, leading to the damage of 8 classic cars as well as the attic. It was a tragic scenario since the fire was started by a completely avoidable event. According to local media, a towel which had been burned was thrown into a trash bin located in the garage. It ignited a combustible material nearby and the fire spread from there.

What’s worse, it sounds like the homeowner wasn’t prepared for a fire. There was no sprinkler system installed in the garage or house, plus the homeowner tried to fight the blaze with a garden hose instead of having a fire extinguisher on hand. Upon realizing the flames were only spreading, the homeowner called 911 and firefighters were dispatched.

Sadly, it sounds like the fire really wasn’t that big, since firefighters had it under control within 25 minutes. They spent another 2 hours looking for hot sports, but we have to wonder if even just a fire extinguisher kept in the garage or home would’ve pretty much avoided the damage.

The local news unfortunately didn’t list off all 8 cars in the garage, so we’re not sure what they were. It’s possible the homeowner doesn’t want everyone to see the stash. However, in one of the photos you can see a first-gen Mustang. We’re hoping it was black before the fire, because if not it is now. As you can see, firefighters got everything pretty soaking wet, which is necessary to fight a raging inferno, but the owner will need to make sure there’s no lingering moisture in the cars’ nooks and crannies.

House fires are one of those things nobody wants to experience. They’re scary for a number of reasons, one of which is they can almost instantly destroy things which are difficult or impossible to replace. That can include classic cars you’ve collected, restored, and customized for years and years.