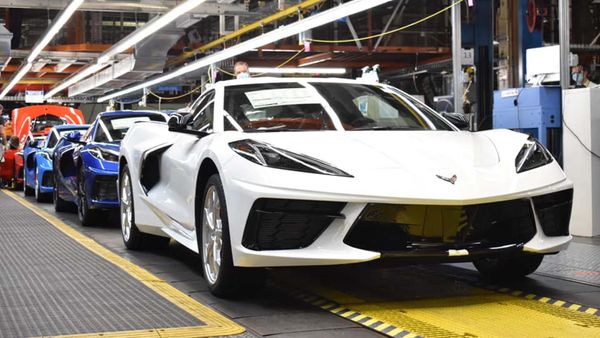 This milestone was 67 years in the making.

Click HERE to find out more information about NCM's raffle for this milestone Corvette.

Matching the first-year Corvettes, this special 2020 Chevrolet Corvette is painted in Arctic White with an Adrenaline Red interior. In addition to these iconic Corvette colors, this 2020 C8 Corvette is loaded up with the 3LT equipment group, five-spoke trident machined aluminum wheels, engine appearance package and the Z51 performance package. Not only does the Z51 improve track performance, it also bumps the power output of the 6.2-liter LT2 V8 to 495 horsepower.

Kai Spande, Bowling Green Assembly plant director, had this to say about the 1.75 millionth Corvette:

“This type of milestone only comes around every 10 or so years for Corvette. For this landmark achievement to also be one of the early mid-engines is just awesome for us and for our customers. It’s an amazing time to be part of the Chevrolet brand.”

After the very first Corvette rolled off the assembly line on June 30, 1953, it took almost 40 years for Chevrolet to built its first one million Corvettes as this milestone was celebrated with a 1992 Corvette, and it would be another 17 year before the 1.5 millionth Corvette rolled off the line for the 2009 model year. All 300 examples of the 1953 Corvette were painted in Polo White with red interiors, so it isn't surprising that the milestone Corvettes – 1992, 2009 and 2020 – all get the same color combination.