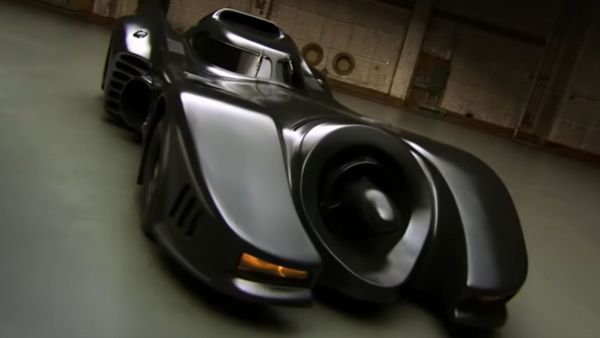 The Caped Crusader’s ride is iconic, even as the car has changed throughout time.

Batman is easily one of the most popular, iconic superheroes of all time. As a character he’s changed over the years, as has his famous car, the Batmobile. To help everyone get up to speed with their Batmobile history, and no doubt to drum up excitement for the upcoming Batman movie, Warner Brothers Entertainment has released a 58-minute documentary about the crime-fighting car.

With each iteration of the Batmobile comes a unique philosophy behind the build. Anyone who’s customized a car knows you don’t just throw something together, at least not if you want it to be any good, but instead you need to have a vision or grand plan.

Overall, the philosophy of the Batmobile has been to shock and awe supervillains and even the Gotham Police Department. Batman uses a custom automobile so it can’t be traced. Some versions even have the vehicle outfitted with a bat insignia as the tire tread, which honestly would keep police forensics from tracking down which tire shop the Caped Crusader shops at.

The Batmobile from the 1960s TV show looked like the space-age bubbly concepts of the time (it was made out of a Lincoln Futura concept), reflecting the preferences from back then. It also played off the campy comedy of the show. Tim Burton kicked down the door and let everyone know his Batman movie would be dark and edgy, employing a Batmobile design which looked more like a hungry animal on the prowl. Even the jet booster angrily announced this version of the Dark Knight was much more aggressive.

Some of the other Batmobiles really went for flash, but that aggressive edge came back with the controversial Tumbler, which wasn’t even called the Batmobile. A quasi-military vehicle designed to jump expanses, it was involved in what some claim is the best chase scene in a Batman movie, at least so far.

In the comics, the Batmobile has seen even more variations, from monster trucks to tanks. There’s really something for everyone there.

Check out the documentary for yourself. Just remember it’s almost an hour long, so get comfortable and maybe make some popcorn.

There will never be an end to the arguing about which version of the Batmobile is better. People can get pretty heated when comparing these big screen props, and no doubt the new muscle car-inspired Batmobile will only stir the pot further.

Tell us in the comments below, which is your favorite Batmobile?