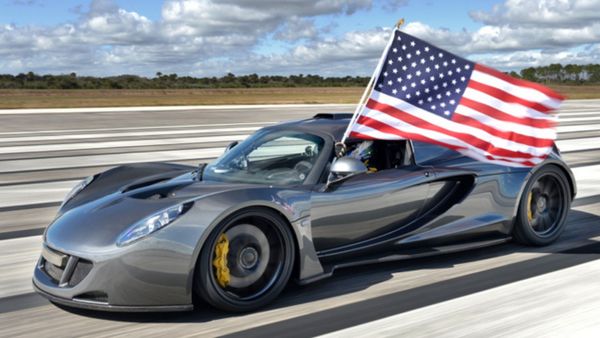 This is easier to show than explain, but it’s pretty cool…

If you know anything about the science of sound, you’re aware that it travels is waves kind of like what you see in water. While our ears allow us to enjoy the actual sound, there are plenty of tools to help our eyes join in on the fun by turning those soundwaves into visual waves. That’s the point of this interesting project taken on by Vanarama.

What this entails is showing the soundwaves of different supercars under hard acceleration. Our ears absolutely love those visceral melodies, but do they look just as good? It’s an interesting question and there’s only one way to find out.

They covered a nice array of supercars, so hopefully there’s something for everyone to enjoy.

One of the coolest ones is for a Ford GT40. They don’t say if it’s one of the few original racecars or if this is a reproduction model. Whichever it is, the sound is pretty overwhelming at first, which is to be expected of a vehicle designed for the track.

We’re big fans of the Pagani Huayra, but were surprised at how tame it sounded in this lineup. The soundwave visualization confirmed it wasn’t the wild child we’d come to expect, but it still sounds amazing compared to most other cars out there.

If you’re familiar with Ferraris, the sound of the LaFerrari accelerating hard is nothing foreign. The soundwave looks pretty balanced, too, which is an interesting result from what was the most powerful naturally-aspirated V12 produced up to that point.

With a distinct sound from what everyone has come to expect from Ferrari’s flat plane-crank engines, the Lamborghini Huracan is still inspiring to hear. Plus, the soundwave visualization is pretty wild.

My favorite is the Hennessey Venom GT. You get to hear squealing tires, the 7.0-liter V8 hitting hard, and that hissing turbo spool in a wonderful symphony. Plus, the American supercar just sounds unhinged.

A close second for favorite is the McLaren Senna, which also sounds pretty unhinged. Since it’s a track-focused model named after one of the greatest drivers ever, that kind of persona is absolutely appropriate.