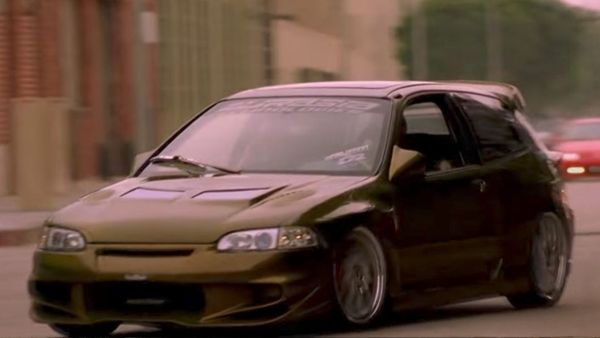 Not only does he have questionable automotive tastes, this guy is an irresponsible idiot.

Street racing is a dumb thing to do. It’s less dumb when you go somewhere away from traffic and pedestrians. But even dumber is running from the cops when you get busted for street racing. Perhaps dumber than all of that is thinking you can use your modified Honda Civic to outrun pursuit-rated police cars. A New Jersey man is facing prison time for doing all those things and causing a serious accident in the process.

According to New Jersey State Police, Blonday J. Acosta was one of “numerous” drivers trying to flee the scene of illegal street racing in Port Norris Station when officers arrived. One of the cruisers maneuvered his car to block a green Honda Civic from escaping, which police say Acosta was driving. Instead of stopping, Acosta hit the front end of the police vehicle, stopped, reversed, and hit it again. The state trooper got out of his car and that’s when Acosta reportedly almost hit him with this Civic.

Another state trooper spotted the Honda Civic fleeting on northbound Route 47 and ordered him to pull over. Instead, Acosta began weaving through traffic and rear-ended another car. That other car then crossed into oncoming traffic and collided head-on with yet another vehicle. Police say both of those drivers were injured in the accident.

Instead of continuing the chase, the state trooper stopped to help the two injured drivers. That meant Acosta got away, at least for then. It’s not made clear in a local report how police caught up with Acosta later, but we’ll go out on a limb and say his license plate was probably in full view but he didn’t realize cops and read and run that, then show up at your house to arrest you. After all, this is the same genius who thought outrunning the cops in his little four-banger Civic was a smooth move, a plan which could have easily killed someone.

We’d say Acosta should take his future races to the track, but with a Honda Civic he’d get obliterated in no time. After all, the people who are smart enough to go to the drag strip are also smart enough to have the right car for the job.