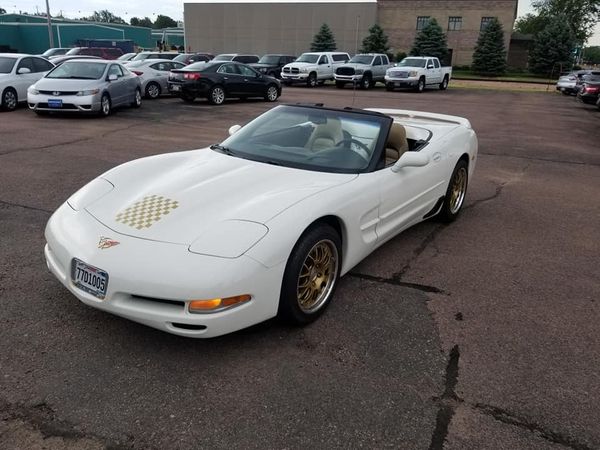 A 19-year-old was arrested thanks to security footage.

Sadly, there have been way too many stolen car stories this spring and summer, but at least most of the stories we're hearing about are at least ending with the vehicles being recovered. That's the case with two cars that were stolen over the weekend from Mark Juhl Auto Sports in Sioux Falls, South Dakota where a 2002 Chevrolet Corvette (shown here) and 2012 Dodge Charger were stolen in the early-morning hours over the weekend.

Both cars were taken from the lot at 1 a.m. Saturday, August 29th, and they were reported stolen to the police when the business opened later that morning. The dealership later identified the thief as 19-year-old Anthony McDonald, and they obviously recognized him since they also knew that he went by an alias on social media.

The dealership's Facebook post claims that McDonald broke into the office and took the keys to the Corvette and Charger before coming back later that night to steal the cars. It couldn't have been too hard to spot the C5 'Vette as it stood out with gold wheels, Z06-style air inlets and a gold checkered pattern on the hood.

This story ended like a few other stolen vehicles we've covered recently including the General Lee, '69 Chevelle and 15 of the 19 classics stolen from Orlando Classic Cars. Not all stolen car stories have had happy endings, though, as this 1969 Camaro, 1969 Firebird and Dominic Cooper's classic Austin-Healey and Jaguar SUV are still unaccounted for.