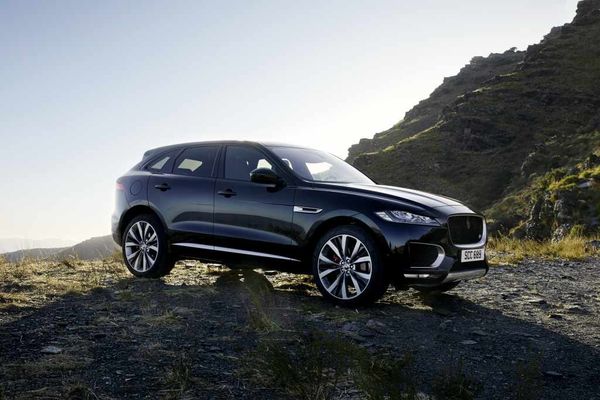 The actor's new Jaguar crossover and classic Austin-Healey have both been stolen this year.

Having your car stolen once is a terrible feeling in itself, but having two cars stolen from you in the same year is absolutely horrible. That's exactly what actor Dominic Cooper is experiencing this year Jaguar F-Pace SUV was reported stolen in London about a month after classic Austin-Healey was taken.

Car lovers will recognize the British actor as the lead antagonist, Dino Brewster, from the 2014 film Need For Speed, but he has also starred in major roles including Mamma Mia and the AMC television show, Preacher.

According to Camden New Journal, Cooper's Jaguar SUV was stolen recently by thieves who cloned the signal of his electronic key fob. The article states that there has been a trend of Jaguar and Land Rover vehicles being taken like this in England, and this has been happening in the U.S. for years. It's said that storing your key fob in a metal box makes it harder for criminals to clone the key and steal your car.

The sad part of this theft is that Cooper used the vehicle to help Cook-19, which delivers freshly cooked meals and other supplies to front-line workers helping to combat COVID-19. Not only will this Jaguar be easy to spot thanks to distinctive pink tape spelling out Cook-19, but Cooper added that the thieves may not have been able to get too far as the SUV was low on gas at the time of the theft.

Another recent article from Daily Mail showed Cooper test driving a Jaguar F-Type convertible, and it stated that the actor's Mk IV Austin-Healey Sprite (pictured with the actor here in 2016) had been stolen in July.