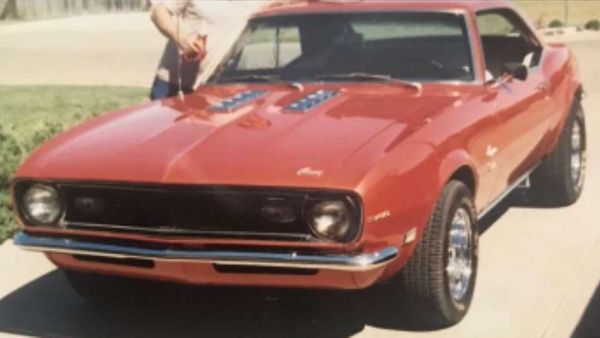 Lock your muscle cars up, everyone!

We keep trying to tell car enthusiasts of all types that vehicle thefts have been especially high in 2020 and they’re on the rise, so things are getting even worse. We’ve seen cars stolen from shops, residential garages, and parking lots in broad daylight. While we don’t cover every time a Kia or Honda is boosted, we always sound the alarm when a classic muscle car has been swiped. Thankfully, there’s a happy ending for a first-gen Chevrolet Camaro SS which was reported stolen in Saline County, Kansas.

The classic muscle car was recovered just the other day in a field south of Brookville, which is also in Saline County. A deer hunter called in an abandoned vehicle at around 9 a.m. in the morning. Saline County Sheriff’s deputies responded and quickly ascertained it was the same Camaro which had been stolen just days before.

Damage was likely done to the engine, indicated by plenty of oil on the muscle car and road by where it was found. To be safe, the owner had it towed to a shop for repairs.

Valued at $30,000 by the owner, the Chevy Camaro doesn’t look like it’s been subjected to a recent restoration. The only photo supplied isn’t of excellent quality, so we’re left guessing. We do know the car was left in a warehouse in Salina, Kansas and it was stolen sometime between September 26 to 28.

That deer hunter said he had been in the same field the evening before, so it had likely been ditched late in the night. Criminals like to work under the cover of darkness when possible, something everyone probably already knows.

Really, this is a lucky situation. Too often, cars which have been stolen aren’t recovered. Thieves might hack them up and sell the parts or destroy the vehicle after using it to commit other crimes. This should be a reminder to everyone that properly securing your collectible cars is especially important these days.