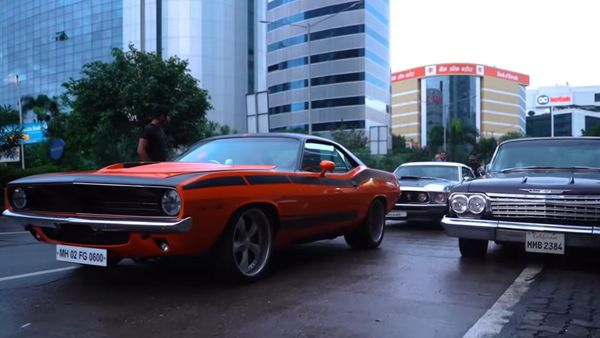 When it comes to American muscle cars, some people think it’s only rednecks in the USA that like them, but we know that’s a stupid stereotype. Not only do a lot of regular enthusiasts in America have a taste for muscle cars, so do enthusiasts in other countries. We’re already well aware of the muscle car scene in Canada and Mexico, as well as the Scandinavians, British, Australians (they used to grow their own), and quite a few other areas of the world. But we had no idea American muscle cars had any kind of following in Mumbai.

Located on the west coast of India, Mumbai (formerly called Bombay) is a huge city with over 18 million people crammed in it. Since real estate is at a premium, we know microcars are huge there, which makes sense but also means we never viewed India’s second-largest city as a hotspot for enthusiasts.

The video included with this article is making us rethink our perception of Mumbai. Posted by an Indian YouTube channel called Horsepower Cartel, they apparently highlight the enthusiast car scene in the country. We’ll admit this was pretty eye-opening and made us view India a little differently.

Indians apparently are into it all: Mopars, Fords, and Chevrolets. There’s a nice array of muscle cars at this meetup in Mumbai. Some of them are obviously imports with the driver’s wheel on the left, but others were either sold in India originally or have been brought over from places like England or Australia.

One of the many cars featured in the video is the only Mustang Mach 1 in India. As you might imagine, the muscle car is considered rather exotic in the largest motorcycle market in the world. This one looks pretty clean. We’re guessing the owner has to have some money to own such a vehicle, so babying it isn’t an issue.