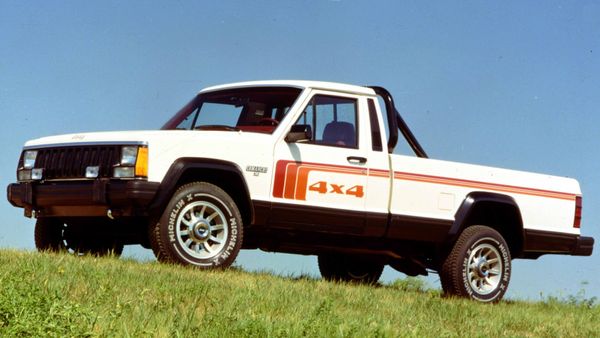 Before the new Gladiator was introduced, the final pickup truck sold by Jeep was the 1992 Comanche. While for many it was fondly remembered for its standing as the last pickup made by Jeep, others have fond memories of its simplistic, utilitarian design. The video of a review of the Jeep Comanche from 1986 is attached to this article, helping you to see the truck back in its glory days.

Of course, 1986 was the first production year for the Comanche. It wasn’t a flashy vehicle by any stretch of the imagination. Instead, the MJ was based off the XJ and featured a unique unibody chassis. Buyers could order it with either a 6- or 7-foot bed, depending on the model year and trim level.

Being a Jeep, the Comanche was designed for doing rugged things. Four-wheel drive, Selec-Trac, or Command-Trac were available, so people would take them on trails, camping, or to do other things in the great outdoors.

However, these pickups were also known for being sporty, so they were enjoyable to drive around town. Starting in 1987, Jeep offered an upgraded four-cylinder engine and added the 4.0-liter V6.

As pointed out in the review, among the mini pickups the Comanche was pretty big. Still, it’s tiny in comparison to the mid-size trucks of today. How times have changed.

If you’ve seen the new Jeep Gladiator in person by now, and most of your have, you know they’re not exactly small. Some people love the feeling and look of driving a big pickup, even if the Gladiator is still dwarfed by the full-size trucks on the market. But try parking one or maneuvering through a tight area and you might not be such a fan anymore. These little pickups from yesteryear are great for many reasons, which is why it’s too bad they haven’t made a comeback today.