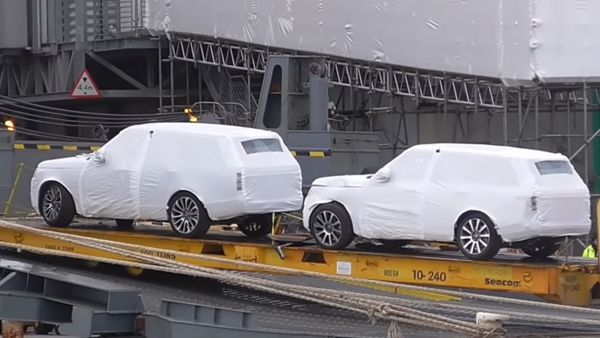 You’ll never guess how they were using the cars…

Irish national police, called the Gardaí, and the Criminal Assets Bureau (CAB) recently seized 85 cars from two dealerships accused of being involved in a crime ring. The authorities told local press those vehicles are worth a total of €2 million. They were many luxury models, including Range Rovers and several BMWs. A car transporter and truck were also confiscated during the raids. However, most shocking about this raid was that the police say the cars were tied to “sham marriages” in Ireland.

Those “sham marriages” involved someone who was a European Union citizen marrying another person from outside of the EU. As you might have guessed, the scam was to help people gain citizenship through a fake marriage. Most of the immigrants were men coming from Asia, especially India and Pakistan. They would pay the crime ring €20,000 each to marry women from the EU. Authorities say the women then would be paid under €2,000 for their role, the organization pocketing the rest.

To launder the money from the immigration scam, it purchased the two dealerships, say authorities. They then purchased the vehicles legitimately in the UKand transported them to Ireland, eventually selling them. The fact any car dealership has been accused of engaging in criminal activity of any kind is definitely shocking. The Garda National Immigration Bureau (GNIB) has been running what’s called Operation Vantage since 2015. That operation has focused on this crime ring and its activities in Ireland recently.

"Intelligence from the GNIB investigation as well as information from the West Midlands Police enabled the CAB to seize the vehicles under proceeds of crime legislation," a senior member of Irish law enforcement told the local press.

The raids in Ireland were coordinated with one performed by police in England where four people were arrested. Those suspects are accused of “invoice redirect” fraud which was used to target companies in the UK. Thankfully, it sounds like no cars were harmed in the process.