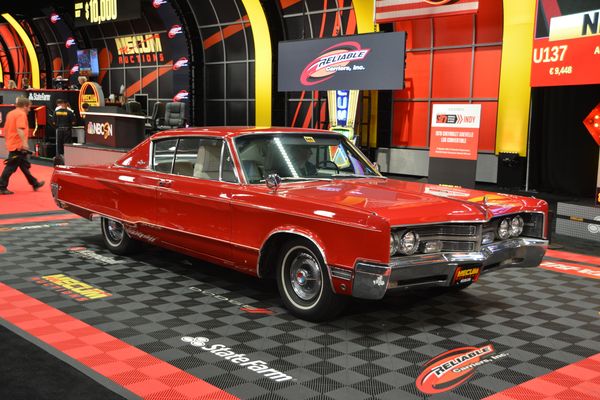 You know things are serious when Disneyland closes and March Madness is cancelled.

UPDATE: Mecum has released new information on its upcoming auction schedule, and all of this information was updated on March 17.

Spring is usually a great time to buy a classic car, but the worldwide spread of coronavirus has thrown a monkey wrench into the plans of car collectors as health concerns cancel sizeable gatherings. Even though the recent Amelia Island auctions occurred without any serious health concerns, upcoming auction events are being cancelled as the U.S. Government attempts to contain the virus and limit its spread.

Each of the major auction houses have made different plans for upcoming events, and here is what they are so far:

Barrett-Jackson has announced that it is postponing its 18th annual auction event in Palm Beach, Florida. This event was scheduled to take place April 16-18, but the dates have been rescheduled to October 15-17, 2020. Steve Davis, president of Barrett-Jackson, had this to say:

“This is truly an unprecedented challenge in our country’s history, and one we take very seriously. That’s why in the coming weeks, we’ll continue to work closely with local governments and health officials as we plan for future auctions.”

While Barrett-Jackson is postponing its upcoming Florida auction, RM Sotheby's says that its Palm Beach auction will remain on the scheduled March 20-21 dates, but the auction itself will become an online-only event through RM Auctions. With the virus spreading more rampant in Europe, RM Sotheby's is postponing its Techno-Classica Essen in Essen, Germany, which includes the 97-car Petitjean Collection. This auction will be rescheduled to mid-to-late June. Kenneth Ann, RM Sotheby's Group president, said:

"Given the spreading virus in the U.S. over the past several days, and the concerns for the safety of our clients and our staff, we have decided that it is most prudent and responsible for us to cancel the physical auction where we anticipate more than 1,000 attendees."

Mecum had two auction events planned in March and early April, and today, it made the announcement that it was rescheduling these events with dates that have yet to be determined. Mecum released the following statement on its Facebook page:

"In accordance with the CDC’s recommendation to postpone events involving more than 50 people over the next eight weeks, we will be rescheduling our March and April events. The March Gone Farmin’ Spring Classic Tractor Auction and the Houston Collector Car Auction in April are in the process of being rescheduled with our venue partners at the  Mississippi Valley Fair Center and NRG Park. The new dates for these  auctions will be announced as soon as they are finalized."