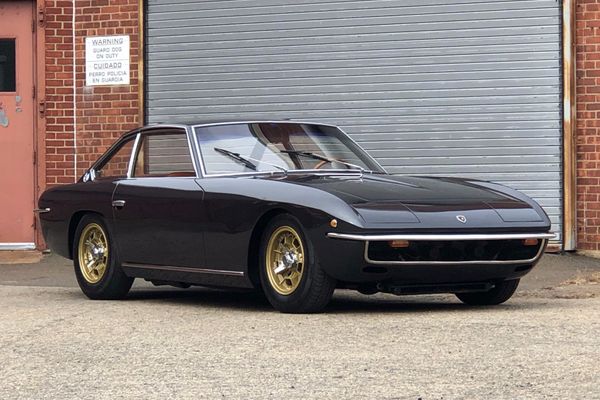 This low-mileage Italian sports car is just 1 of 125 examples built.

Debuted at the 1968 Geneva Auto Show, the Islero was built as a replacement for the brand's 400 GT. Named after the Miura fighting bull named Islero that killed Manual Rodriguez "Manolete", a famous matador, after slicing his femoral artery in the midst of a fight back in 1947. If you're looking for a rare car that is both classy and fierce, Bring A Trailer is offering this stunning 1969 Lamborghini Islero (Lot #29650) on their virtual auction with 7 days left to place a bid.

The Lamborghini Islero was a rare grand tourer produced the brand's existing 400 GT. Produced for two years in 1968 and 1969, the Islero model was distributed new in Canada. Only 125 examples were built making this a rare car indeed. Even better, it only has about 23,000 miles on the clock.

This particular example was with its second owner from 1973 until 1999, and during that time it was sent to the United Kingdom to be refurbished. A few laters chassis 6273 returned back to the United States where it was displayed at Concorso Italiano in Monterey, California in 2003 and 2007. This Islero was refurbished yet again, including a repaint in Grigio Agate (grey), by a dealership selling the car. The current owner bought the car in 2015, and again the car was refurbished. During this time it received a reupholstered Tobacco leather interior, and the numbers-matching 3.9-liter DOHC V12 engine was pulled out to be cosmetically and mechanically refreshed. To add to the fun factor of this Islero, it is shifted via a five-speed manual transmission.

Not long after the work was done, the car returned to Concorso Italiano and the lawn at the Quail in 2019. Now, the car resides in Bridgeport, Connecticut and has all certificates of configuration provided by Lamborghini, refurbishment records, a history file, and a clean and accident-free California title. The current bid for this immaculate 1969 Lamborghini Islero is at $225,000 on Bring A Trailer with 7 days left to bid. If this beauty would be the perfect addition to your garage, go ahead and place your bid!