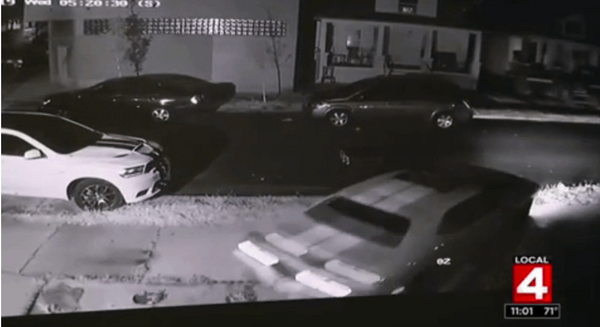 This video is extremely compelling.

Dodge has been doing a lot of things right over the past couple of years, and consumers have been taking notice - unfortunately, so have those who prefer to take what they can’t or won’t buy. After sharing a story of one of the most heartbreaking Dodge car thefts, in which a family’s pet was stolen along with their brand new Charger from an Atlanta gas station, a reader kindly passed along some information that suggests that Dodge is not only topping lists for making some of the most powerful cars but also some of the most stolen cars.

According to a recent study by the Insurance Institute for Highway Safety (IIHS), large displacement engine-powered Dodges are stolen at a rate of over five times the average. While alarming and informative, this only validates what we have already been speculating based on the many reports of stolen Challengers and Chargers. A quick look back on the past year will lead you to believe that this thorn in Dodge owner’s side will likely not be changing for some time.

One of the most memorable stolen Dodge moments has to be when a thief used a stolen Hellcat to outrun the helicopter. Luckily, he ran out of gas before he could do any damage, the car was recovered, and the thief was sentenced to three years behind bars.

However, most of the time a good outcome like this is just too good to be true, and others that have had their Chargers and Challengers stolen have not had the same good fortune.

One such example is this guy’s Hellcat that was stolen on Turo. Turo is a car-sharing platform that allows users to make a little extra money by renting their cars out to other users. While this may seem like a very bad idea to some people, Turo does have a stringent vetting process that makes it reasonably safe. However, the extent that some people go to take what is not theirs should not be underestimated.

This video of a Challenger being stolen from the owner’s driveway while he was sleeping shows a closer look on how some thieves may be getting around Dodges security features.

These thieves clearly know what they are doing and within 30-minutes they have removed the driver’s side window, climbed into the car, hacked the computer, and driven away without being noticed.

While a lot of individuals are being affected by this seemingly endless string of car thefts, professionals and companies seem to be wearing a target on their backs as well. As soon as they turned their back, thieves made off with this 1000-Horsepower Challenger Hellcat that was built for SEMA.

It was recovered after it rammed a cop car and led authorities on a police chase. The thief ditched the car in a shopping mall parking lot and walked away.

This thwarted Charger theft was caught on camera during a car meet. The video description notes that this car was stolen twice!

Of course, one common theme with all of these examples is that the thieves used a distraction to do their dirty work and one of the biggest distractions a bandit could hope for is a protest turned riot where everyone is looting local businesses and the cops have too much on their plates to chase after multiple stolen cars. Arguably, California dealerships have been some of the hardest hit as 70 high-performance Dodges were recently snatched off Los Angeles lots. This Hellcat was one of the recovered but as you can see, it is of no use to anyone now and will likely end up in the scrapyard.

So this confirms what we’ve been speculating on for a while: Modern Dodge muscle cars are pure trouble, but we still love them! The impressive feats made by Dodge, as presented in the Challenger and Charger lineups, have encouraged the second-coming of the muscle car era, and one more powerful than ever before, but wherever Dodge goes, it seems menacing behavior follows. If you’re a Dodge muscle car owner like myself, please take special note of how the thieves are targeting, and accessing, modern Mopar muscle, and help deter their crimes, and protect yourself from being another victim statistic.