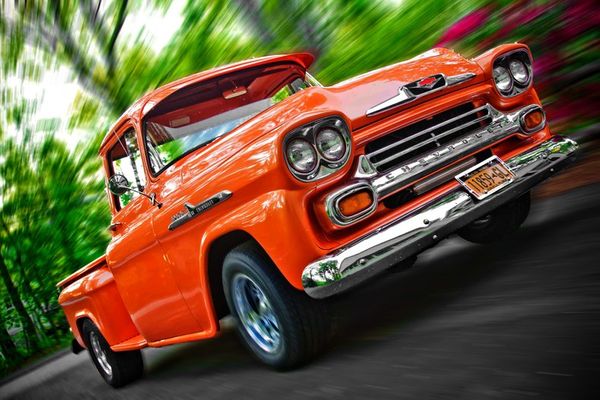 Can your truck or SUV beat these?

The Motorious Online Car Show is now underway, and we've had some amazing entries. However, we've noticed one segment is a little light compared to the muscle cars and sports segments, and we want to know where are our trucks and offroad vehicles are at?

Last year, the winner who took home the top prize of $1000 won with the entry of his 1958Chevrolet 3200. Known as "Clemintine", J.R. Dugas bought and built this truck for his wife as it is her dream truck. It's powered by a 355 cubic-inch Small Block Chevy V8, backed by a Turbo 400 transmission with Lokar shifter. Customizations include a cut down 99 Caddy bench seat, and an "Heirloom cherry" bed, done by the J.R. and his wife. It's finished in 01 Lamborghini orange paint.

This is an example of what we're looking for, a vehicle with heart and one that represents the owner's love of the automobile. It doesn't have to be the most expensive car in the world, or a perfect scoring Concours vehicle to win the top prize of $1000, win your segment, or win People's Choice, we want to see the car you love. Here are some examples of truck and off-road class already in the competition, and we're calling on you to enter, if you think you have a truck or SUV that can win it all!

This truck is all class, and looks like it can hang with any blue-blooded show car. The owner inheratied it from his dad in 1997, where he put 86K miles on it until 2011. In 2015, it recieved a frame-off restoration, and was given a Corvette 350 ZZ4 engine, 200 R4 transmission, ford 9-inch with four bar coil-overs panhard bar, air ride suspension on a Mustand II front end, Centerline old school wheels, and it rolls on BF Goodrich TA radials.

Found on internet in 2005, this truck's owner's wife talked him into buying it, even though he thought the price tag was too much. He drove it like it was for a few years, then decided to restore 4 years later finished and it's awesome to show. He shares that it gets thumbs up every time he takes it out, and NADA says it's now worth over $50,000.

The modern classic truck market is one of the hottest rising niches in the collector car market, and 2000 Ford Ranger XLT is a great example of that. It's a no-frills compact pickup that presents a level of simplicity we miss in pickup trucks. This truck is in fantastic condition, and inspires a ton of nostaglia for the early 2000s.

The owner of this truck's dad built it in the mid 70's in their garage. It is basically stock, except for 351C Ford engine & FMX trans from a Mustang Mach 1. It has a power steering via Chevy box & Ford pump, steering linkage & motor/trans mounts hand made, as kits didn't exist back then. It has been garaged for 15 yrs, and Chris now takes it to cruise nites and car shows. Everyone loves the Swiss Aqua factory color.

Do you have a truck or off-roader you think deserves our vote? Enter it here. 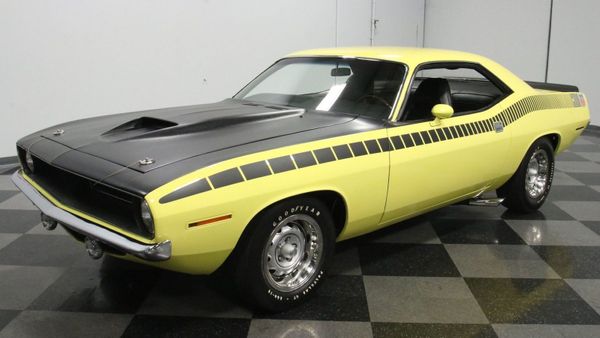