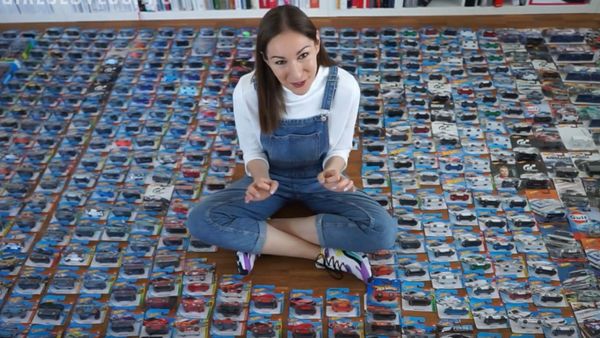 While they’re only toys, the little cars can be worth thousands.

If you’re even a bit of a car enthusiast there’s a good chance you have in your possession some Hot Wheels or other toy vehicles. Maybe you have them proudly displayed on a shelf or they’re tucked safely away in a box somewhere, but those prized possessions might be worth more than you think. As an enthusiast you might already be aware that toy and model cars can sell for big bucks on the open market, but the average person on the street likely has no idea.

Some people are always on the hunt for Hot Wheels and other toy cars they believe will one day be wise investments. They carefully store the car in the original packaging, keeping it out of direct sunlight to avoid fading. At different car events, they’re perusing the selection of toy and model cars in a booth, hoping to score that rare dream vehicle, just like how people scour online listings on Craigslist or eBay for full-sized cars.

Owners of large Hot Wheels collections (and other brands) oftentimes have a pretty elaborate display space to enjoy and show off their toys. Clear cases containing the vehicles, pull-out drawers, scale race tracks, and just about everything else you can imagine show just how dedicated they are to the hobby.

Just about every mainstream media outlet that runs a piece on Hot Wheels collectors at least interviews Bruce Pascal. The man is a legend, having amassed a collection which reportedly is worth $1.5 million. His most valuable acquisition is a pink 1969 Rear-Loading Beach Bomb worth about $150,000, which has been called the most valuable Hot Wheels in the world.

Pascal says his dream is to one day open a museum. With all the Hot Wheels cars and memorabilia he has in his house, that’s certainly a possibility. He even says he would be open to working with other collectors to make it happen. Another dream of his is to elevate the hobby in the eyes of the public so it’s as well-regarded as collecting cars or artwork.

If you’re into exotic or luxury European cars, you might have sprung for an Amalgam Collection model. Many owners order one of these keepsakes to match their real-life ride. The level of detail on the tiny vehicles is jaw-droppingly amazing. Take the 1:8 McLaren Senna model, it features about 1,000 individual pieces which require about 300 hours to be assembled. Handcrafted in Britain, these models sell for thousands of dollars brand new and like any collectible can potentially increase in value quite a bit over time.