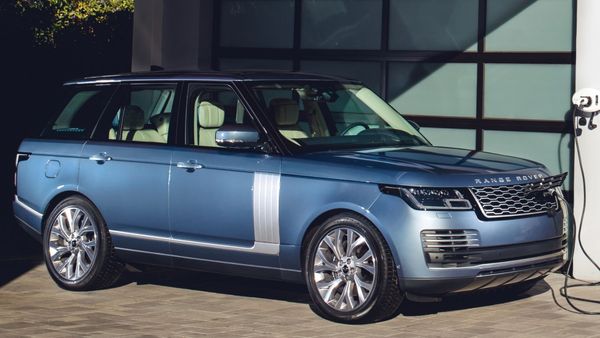 The total cost of their crimes is staggering.

As the car theft rashwhich started in 2020 as the COVID-19 lockdowns began has spilled into 2021, we continue to see stories of sophisticated groups which have boosted quite a few vehicles. However, a couple out of the UK has swiped an impressive number of luxury rides, according to authorities, with the total value surpassing £1,000,000. Both Jouzas Baltors, 28, and Darius Lukauskas, 31, have been apprehended and now their alleged crimes are on full display.

According to police, the pair stole 26 luxury cars including BMWs, Range Rovers, Audis, and other high-end models in Reading, Bracknell, and 10 counties in under 100 days. These two weren’t just breaking the glass and hotwiring the cars like a couple of amateurs, either. They had one of those relay devices which can pick up the signal from a person’s key fob, then replicate it to defeat the keyless entry and ignition.

That means to anyone watching what they were doing, these two appeared to have the keys to any particular car, so nothing looked off. They could drive the vehicles to a location of their choosing without problems. Likely they used a jammer to keep the onboard GPS system from broadcasting the vehicle location.

As you probably already guessed, the luxury cars were taken straight to a chop shop for some cosmetic surgery, otherwise known as a complete slaughter. Considering most cars are worth more in pieces than complete, It’s a good scheme, that is until you get caught.

Both Baltors and Lukauskas were convincted of conspiracy to steal vehicles after going through a 7-day trial. Those Brits definitely don’t mess around when it comes to car theft. In addition, Baltors was convicted of breaching a deportation order after being deported in February of last year.