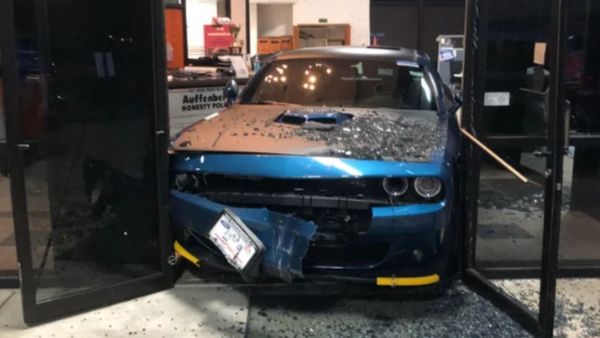 They allegedly stole dozens of vehicles.

According to federal prosecutors, a group has been hitting both private residences and dealerships to steal vehicles since the summer, accruing millions of dollars in stolen property. Now that criminal ring has been busted and the alleged leader, 24 year-old Josepher Y. Cartagena of Bronx, New York, is facing some stiff penalties.

According to the FBI and local police departments, the group would often hit multiple dealerships or private residences in a night. Just like we’ve seen with these car dealership heists recently, court documents allege the thieves would break into the dealership office, pop open the key box, then use the fobs to find the cars they wanted to steal. Not surprisingly, it sounds like they hit Chrysler Doge Jeep dealerships, a popular target for thieves in 2020.

Court documents allege Cartagena ran from police multiple times, leading them on high-speed pursuits. Nothing is said about the vehicles used in these chases, but we wouldn’t be surprised if they involved a Dodge muscle car, another trend we’ve seen grow recently.

With their legendary performance, availability, and apparently ease of theft, Dodge Challengers and Chargers have been a vehicle of choice for criminals lately. If you own one, we highly recommend you take extra precautions to secure it.

Cartagena was arrested on December 23. It wasn’t easy for law enforcement to catch him, because early in the day they tried and the guy fled, ramming several FBI vehicles. We think maybe he should lay off the Fast and Furious movies for a while, because the lines between fantasy and reality are a bit blurred for the guy. After searching all day and into the night, authorities finally tracked Cartagena down and arrested him.