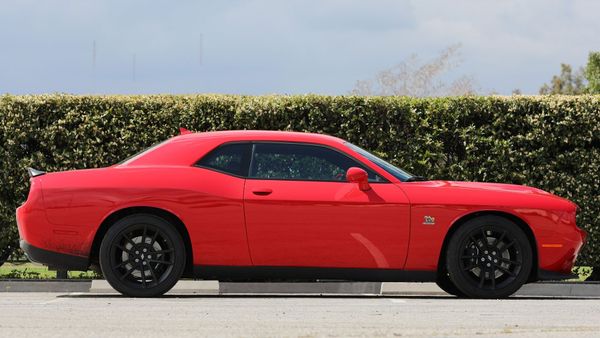 What happened next was a bit unexpected…

One thing people have learned the hard way is to not speed through the state of Wyoming. While the police there might let you slide for going a little over the speed limit, those wide-open expanses of straight highway aren’t the best for testing out the top speed on your car. A California man behind the wheel of a Dodge Challenger recently learned that lesson by hitting 150 mph near Casper and now he’s facing a string of charges.

Police say Matthew Ruiz of Santa Maria, California originally was stopped by a Wyoming Highway Patrol trooper for going 110 mph in an 80 mph zone on Interstate 25. After being pulled over, the trooper asked Ruiz for his license, registration, and proof of insurance. The trooper felt the man appeared impaired as he refused to comply, then Ruiz fired up the muscle car and burned rubber out of there.

Exiting onto US 20-26, Ruiz pressed the pedal to the metal and hit 150 mph, according to authorities. Reports state the trooper stopped the pursuit because it posed a danger to the public, but we think his cruiser couldn’t keep up.

Converse Country Sheriff joined in the effort and the Mopar was found on the side of the road in Glenrock, Wyoming. However, Ruiz was nowhere nearby. After searching on foot, officers located the man hiding under a bush.

It’s obvious Ruiz had absolutely zero plan for getting away from authorities. Of course, if he was impaired that would explain his erratic and nonsensical behavior. Don’t do drugs, kids!