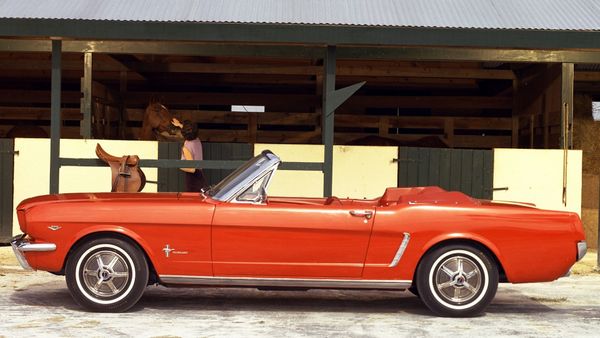 Anything for that fix…

There are bad employees and then there are horrible employees. We’re pretty sure David Kohler lands in the latter group after the guy stole his boss’ 1965 Ford Mustang and another car so he could sell them to pay for his meth habit. This is all according to filings with the Natrona County District Court in Wyoming.

Check out some of the wildest stolen car stories here.

Police were called to a business in Casper by the owner on November 4 for a burglary. The owner says his office door was unlocked and the window screen had been cut open. He realized a set of car keys was missing from the office, which belonged to a Smart Car. An employee noted he was missing some Milwaukee power tools.

The owner immediately suspected his former employee, Kohler, was responsible for the theft. He seemed to have good reason, considering Kohler had been involved in a burglary at another of the owner’s shops and was known to be a meth user.

One week later, police were called back to the same business. The owner reported his 1965 Ford Mustang was stolen. He told officers it was valued at about $40,000 but wasn’t insured, which is really unfortunate.

Eventually police caught up with Kohler and he admitted to the thefts. However, his defense was that his former boss was “careless” with his cars, leaving the keys in the ignition often and even leaving them with the engine running. Apparently, that somehow meant it was ok for Kohler to take two of them, like he was teaching him a lesson.

After driving the 1965 Ford Mustang to Colorado, he traded it to a woman for 3 ounces of meth. We think he got ripped off, even though the car wasn’t his. So far, the woman who allegedly took the car won’t allow authorities to search her garage, and the local district attorney feels there isn’t sufficient evidence to get a search warrant, so for now the pony car hasn’t been recovered.

The Smart Car was found parked at a church. Kohler said he took it for a joyride and then dumped it, throwing the keys into a nearby field. We’re not sure how much fun you can really have with such a little toy car, but maybe when you’re on meth the experience is more exhilarating.

Kohler is facing one count of burglary and two counts of theft, all three of which are felonies punishable by up to 10 years in jail and/or a $10,000 fine.