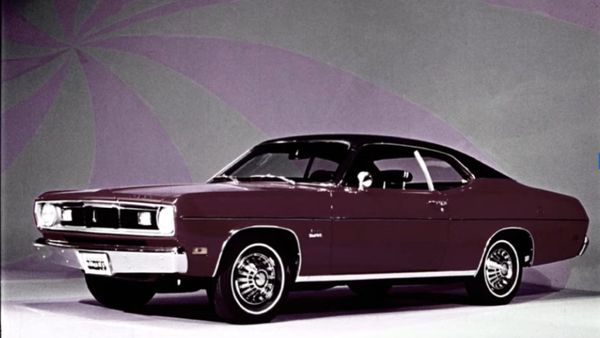 Let the Mopar vs Ford debate rage on.

Car enthusiasts get really emphatic about their vehicle choices. Well, some do while others might be a little more open-minded. But after watching the video below where Chrysler absolutely trashes the 1970 Ford Maverick to promote the 1970 Plymouth Duster, you either might be cheering or seething with rage, or you’re a GM fan.

Chrysler starts off strong by referring to “the little Maverick, that’s selling like crazy.” The narrator then goes on to announce the areas of attack for the rest of the presentation: power, seating comfort, trunk capacity, and design plainness. You are not going to get an unbiased opinion out of this video and that statement really sets the tone loud and clear.

What’s really great is how Chrysler still attacks Ford but then congratulates it for exceeding foreign brands like Volkswagen. It’s kind of like someone trashing their brother in front of everyone, but then saying their brother is at least better than the kid who wets his pants every day at school.

There's some nice hyperbole in this video, like when the narrator announces the Duster has “more of everything” versus the Maverick. These days people would be screaming this is all “fake news” but it’s really just heavy-handed marketing, like what you see on truck commercials today. That tells you back in the day automakers were competing head-to-head with these compact models because they were an important growth area, while today it’s full-size pickups which rake in the big bucks.

If you want all the details about why the Plymouth Duster is the superior car, watch the video. Seriously, it’s hilarious.

To be clear, we here at Motorious aren’t endorsing Plymouths over Fords or the other way around. This video is just an interesting view into the marketing Chrysler did back in the day, plus it’s filled with nostalgia related to two classic American cars. You might have your own opinion about which is better and that’s great, because our passion for these classics is what drives us to preserve and restore them, hopefully passing that fire on to future generations.