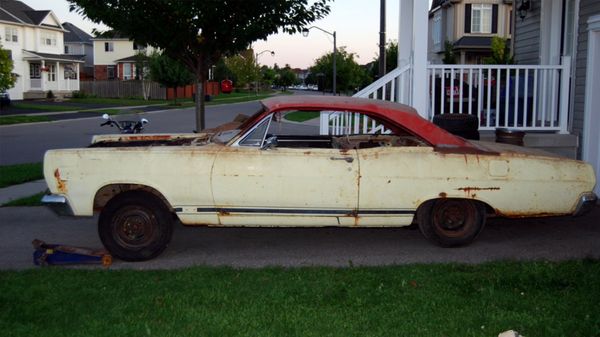 This classic car enthusiast is paying it forward to keep the spirit alive.

The skyrocketing price of classic cars combined with the general malaise the younger generation is perceived to have toward automobiles is creating a generational gap among car lovers. Thanks to inspiration from a non-profit dedicated to bridging that gap, a Canadian man is using his love of cars to pay it forward to one young enthusiast by giving away a rare muscle car project that is "rare as hen's teeth."

Casey Putsch of Genius Garage Racing was contacted by a gentleman named Mike who lives in Ontario and had an idea to give away his original 1967 Mercury Comet Cyclone GT project vehicle to a younger enthusiast interested in rebuilding a car and not just fixing it up for a flip. Putsch had come up with a similar plan by selling a rare Greenwood Corvette to an enthusiast under the age of 25 with the same stipulation for keeping the car and fixing it up. Mike's car is in dire need of a restoration, but it's rare due to its "S" code 390 CID V8 and he's willing to part ways with it to keep the car restoring passion alive.

Mike says that he got into cars at a young age thanks to a teacher who recognized a reading disability. The teacher used the service manual from a 1970 Mercury Cougar to help Mike read, and he later sold him the car for just $50! His hopes are that the car goes to a younger enthusiast or becoming a parent/child project, and he's even willing to deliver his car to a reasonable distance. If you know someone who fits this plan, send an email to GeniusGarage@hotmail.com with the subject "musclecar" before March 31st.