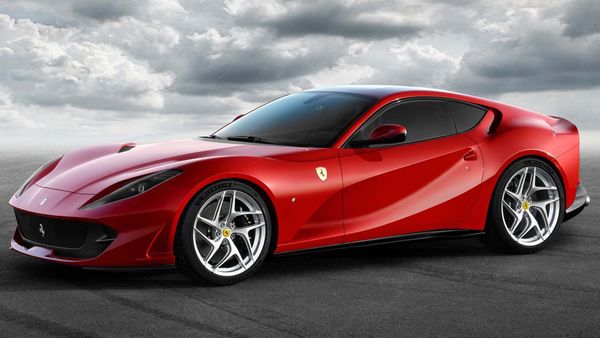 The 24-year old quarterback definitely has reasons to celebrate.

While most of the sporting world has been put on hold this summer due to COVID-19, Patrick Mahomes has been on fire this year. Mahomes celebrated his Super Bowl win, huge contract extension and partial baseball team ownership by purchasing a brand-new Ferrari 812 Superfast, according to a social media post from ESPN football analyst Louis Riddick.

This Ferrari's base price of $335,000 is practically a drop in the bucket considering the monster 10-year, $503 million contract extension Mahomes recently signed with the Kansas City Chiefs. In just three seasons as a professional, he is a two-time MVP, and this signing came just months after he led the Chiefs to a Super Bowl victory over the San Francisco 49ers. Just this week, it was announced that Mahomes had purchased a stake in the Kansas City Royals baseball team.

Just like Mahomes, the Ferrari 812 Superfast is known for its power and speed. This sleek exotic sports car is powered by a 6.5-liter V12 that is rated at 788 horsepower and 529 lb-ft of torque, and this engine screams with a redline of 8,900 rpm. With a curb weight of just under 3,600 pounds (or about the same as a base 2020 Ford Mustang), the 812 Superfast is definitely fast with a 0-60 mph time of under 2.9 seconds and a top speed of 211 mph. The Twitter post shows a beautiful example of the car, too, wearing a dark gray paint job, 20-inch black forged racing wheels and yellow brake calipers.