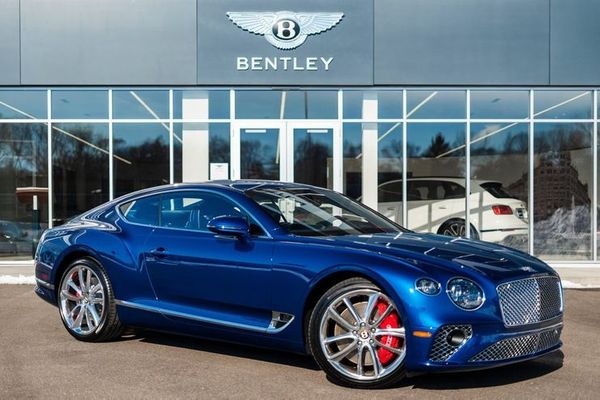 The three-time Super Bowl champion seems to have a particular taste for high-end luxury and power.

Anybody that watches the NFL know the name Rob Gronkowski, or "Gronk", a three-time Super Bowl champion who played for the New England Patriots for nine seasons. Just recently, he is joining his teammate Tom Brady to kick off the next season with the Tampa Bay Buccaneers. Gronk was a five-time Pro Bowl choice, a selection for the First-Team All-Pro four times, and was picked to play for the NFL All-Decade Team. With a big bank account thanks to those fat NFL paychecks, especially being a Super Bowl champion three times over, Gronk has a collection consisting of a few high-end cars with his hard-earned cash.

One of the luxury cars in Gronk's stash is this Mercedes-Benz S63. AMG is the performance side of Mercedes, and they outfitted this car with a twin-turbo 4.0-liter V8 that makes a decent 603-horsepower. The car is shifted via a 9-speed transmission, and it is equipped with 4MATIC all-wheel drive.

Supposedly, Gronk's dad helped him pick out the S63. Being a tall football player, the car offers ample legroom with still enough room for backseat passengers.

An Audi R8 is a car that definitely stops car enthusiasts in their tracks, especially those who like high-end luxury cars. The R8 is a mid-engine, two-seater car with all-wheel drive and can be found in many high-end collections.

The second-generation Audi R8 is powered by the V10 5.2 FSI along with the V10 plus, and each one is shifted via an automatic transmission. The Spyder version was added in 2016, and a high-performance V10 plus Spyder joined the lineup in 2017.

A fan of Audi it seems, the famous football player also owns an Audi Q7. These two cars are vastly different with this one using a matrix design for the headlights along with LED taillights. Exterior-wise, the car features muscular body lines and an elegant grille. Inside, the Audi Q7 has a built-in touchscreen complete with navigation.

When it comes to power, the Audi Q7 is no slouch. Tucked inside the engine bay is a 2.0-liter turbocharged engine boasting 335-horsepower and 369 lb/ft torque using all-wheel-drive.

A high-end car that Gronk pilots around is the Bentley Continental GT. The body features sleek, elegant lines with an overall aesthetic that just screams luxury. Even the interior features adjustable mood lighting, and it has lighting strips on the outside that accent the body lines.

Under the hood of the Bentley is a turbocharged 6.0-liter W12 engine that allows the car to sprint from 0 to 60 miles per hour in an insanely quick 3.6 seconds. The car uses quick gear shifting that shifts smoothly, and an effective control system.

That concludes the list of Gronkowski's car collection. It appears that this NFL player has a particular taste for luxury paired with speed. There's no denying that no matter what car he chooses to take for the day, that he will be cruising in utmost style.