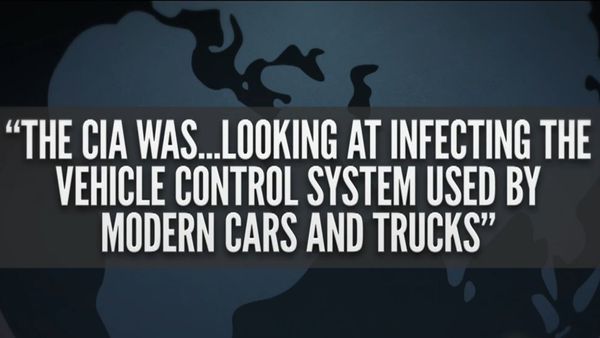 We know this isn’t new info, but it’s a good thing to remember these days.

Everyone can agree we’re living in crazy times. There’s a lot of uncertainty these days and if you’re like most, you’re feeling pretty unsure of what could happen next. With trust in the government on the decline we thought it would be good to remind everyone of a report from three years ago which pointed out how easily your car could be hacked by the powers that be.

It came to light that the government was trying to hack all kinds of devices, from smartphones to tablets and even smart TVs. Even more disturbing, bureaucrats were trying to figure out how to hack your car. Think that sounds far-fetched? The report points out how thieves have been hacking cars to open the door and start the engine without having the key. If some street thugs can do that, do you really think the government couldn’t?

Even worse, some hackers have been able to take over certain systems on a vehicle while it’s traveling down the road. That’s scary since that kind of move could cause you to crash, etc.

Some people might think this technology is great since it would mean criminals can’t run from the police. And while we admit that does seem attractive, we also know that such power in the control of a government could easily be used for less-than-pure motives.

We owe Wikileaks for this information from secret government documents coming to light. For some, the source of this info might be enough to dismiss it. However, we think there’s value in being aware of the potential danger. The claim is that the CIA wanted to “infect” new vehicle control systems to make taking control of cars and trucks possible. Why isn’t specified, but you probably could come up with a few reasons.

This report comes from Today. We don’t watch the show and think there’s a lot of superfluous garbage on it, but this report makes some solid points we feel are worth keeping on everyone’s minds.