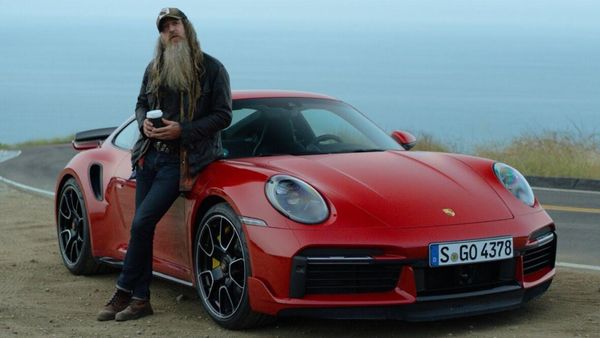 It’s certainly no secret that fashion icon Magnus Walkeris a huge Porsche fan. He has an impressive collection and has dutifully recruited others to full dedication toward the German automaker. His love for Porsches of course focuses on the 911 but in the video accompanying this post you see him preach the virtues of the Turbo models.

Not everyone is a fan of 911 Turbos. For some, forced induction is “cheating” or it doesn’t keep the cars “pure.” It’s fine if you prefer a GT3 or other models with natural aspiration, but for Walker the Turbo models hold a special fascination.

Instead of making some long, eloquent argument for why Porsche 911 Turbo models are so great, Walker gives us some astounding footage of him driving a 1975 Turbo and a 2021 Turbo S. For added interest, the film is shot on twisting, winding mountain roads.

For Walker, his love affair with Porsche 911 Turbos began in 1977 at the ripe age of 10 when he saw a Martini-striped 930 Turbo. It’s an affinity many others share because they find something magical about forced induction coupled with that rear-mounted flat-six engine. Sure, some might call such a vehicle design suicide, and in the hands of an inexperienced driver the older 911 Turbos probably are just that, but that’s part of the appeal.

About 15 years after seeing that first 911 Turbo, Walker finally acquired his first Porsche. He didn’t stop there, using his growing wealth as a fashion designer to acquire an estimated $7.5 million Porsche collection. The most famous of his cars is the 1971 Porsche 911 T nicknamed “277,” which has even been made into a Hot Wheels toy.

As you might already well know, Walker doesn’t just collect Porsches, he’s also a fabricator. Using his unique design flair and intimate knowledge of the cars, from Los Angeles he churns out some of the most desirable rebel 911s on the market,