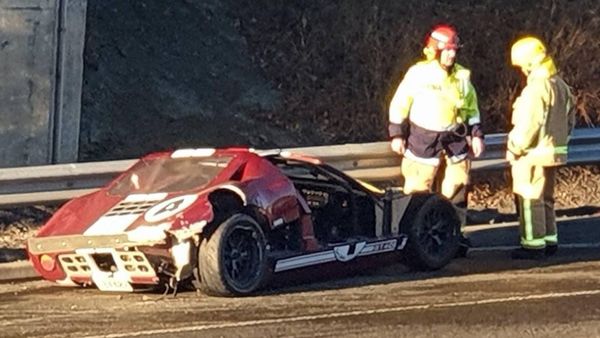 According to witnesses, the father of four children was driving recklessly, weaving through traffic while pushing the Ford GT40 to its limits and beyond. While swerving into the slow lane to overtake a ute, he lost control and hit the median barrier.

Andrew John Earl plead guilty to the charge of dangerous driving during his appearance at Dunedin District Court in New Zealand recently. He was ordered to pay a $1,500 fine and is barred from driving for 8 months. We think he got off easy. An estimated $30,000 in damage was done to the Ford GT40, including ripping one of the doors off.

One would hope Earl has learned his lesson, but as they say past behavior is the best predictor of future behavior. According to a report, back in 2011 the man fell asleep behind the wheel of a car, drifted into oncoming traffic, and hit another car head-on, killing an 83 year-old. His punishment was a $2,500 fine and having his license suspended for a year, which he appealed but was denied. Talk about being penitent for killing another human being.

It seems the plasterer business is a good one in New Zealand, because Earl is one by trade. It’s afforded him the ability to own a car worth a quarter of a million dollars and to think so little of it to drive like a reckless moron. Before he crashed the Ford, the guy picked up his daughter’s new boyfriend in his Porsche 911 to look at his extensive car collection. Obviously business is good. Ford gt