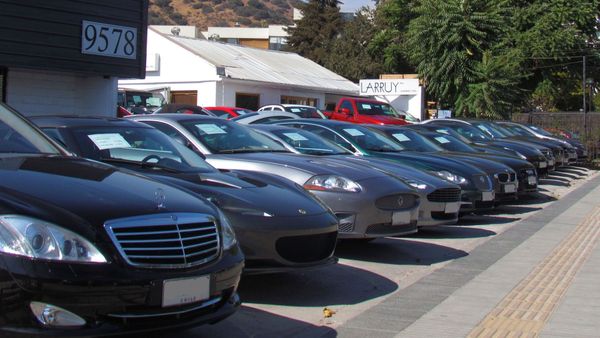 Sometimes it’s not so obvious.

When you’re trolling online car listings, sometimes you’ll run across a deal that almost seems too good to be true. The cynical thing is to automatically assume if it’s that good it has to be a scam, but we know from personal experience that’s not always the case. That said, sometimes it is a scam, so you have to be careful or you’ll make a car purchasing choice which could cost you thousands of dollars and a lot of grief. The big question here is how do you tell the difference? In the video included with this article, Doug Tabbutt offers some advice.

Tabbutt says just the wording of the listing can be a dead giveaway. That’s difficult to explain, but if you notice something’s off in how the car is presented, you should at least proceed with caution.

Then there’s the issue of a car listed for half its market value. We’ve all heard the stories of a scorned wife who sells her husband’s beloved car for peanuts just for spite. That sounds fantastic, but it doesn’t happen all that often. Even a person seeking revenge will want to get as much money as they reasonably can from a car. If they’re practically giving the thing away, it might be a scam. The whole object is to make you so excited you stop thinking critically about the transaction and you don’t notice other things that seem off.

A seller who isn’t in the country but is going to have another party deliver the vehicle to you is a huge warning sign. That can either be an attempt to collect a deposit or even have you pay for the car in anticipation of receiving it, but it never shows up.

Increasingly, scammers are copying legitimate car ads and posting them on other platforms. They even use the same pictures, but the vehicle is listed for far less. If they include the VIN in the ad, you can always do a search and see if it’s posted somewhere else. That can uncover the original ad and expose the scam.

In the video, Tabutt explains how we talk ourselves into believing a scam is actually a good deal on a car. We come up with justifications like the seller not knowing the market or whatever, so we don’t pay attention to the warning signs. The best thing you can do is slow down just a little bit and think things through first, then act on deals which seem to be a little off.