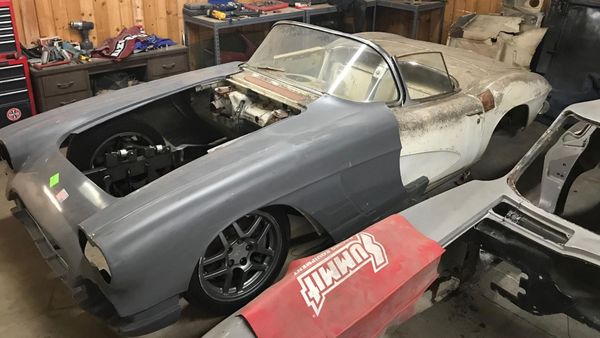 The owner of West Coast Chassis LLC is facing some serious accusations.

Corvette and Camaro owners were specifically targeted for chassis and frame restoration services. According to information on the internet, the business advertised custom frames “that modernize the suspension, braking, steering, safety, and overall quality” of the vehicles. It claimed to use specifications from the 2015 Chevy Corvette Z06 with all design works done in Solid Works CAD. That certainly sounds compelling, so it’s understandable why so many customers jumped at the chance for such an upgrade.

Customers would send their cars and money, but prosecutors say Hodges repeatedly failed to provide the agreed-upon services while keeping the money. They say he swindled people out of over $600,000. Court filings indicated Hodges owned and operated West Coast Chassis LLC from November 2015 to January 2019.

Hodges is facing a maximum 20 years in federal prison and a $250,000 fine if he’s convicted. A quick search online uncovers this is hardly Hodges’ first brush with legal problems. At least one former customer filed suit against West Coast Chassis in late 2017, claiming Hodges kept his $6,000 deposit, ran up fraudulent charges of over $34,000 on his credit card, and then delivered a vehicle which wasn’t “in satisfactory condition.”

It took the collaboration of the Internal Revenue Service Criminal Investigation and the Federal Bureau of Investigation to fully investigate Hodges’ alleged activity. Now the U.S. Attorney’s office is handling the prosecution in federal court.

If you or someone you know believes they were a victim of Jeffrey Scott Hodges or West Coast Chassis LLC, contact the FBI at 916-746-7000.