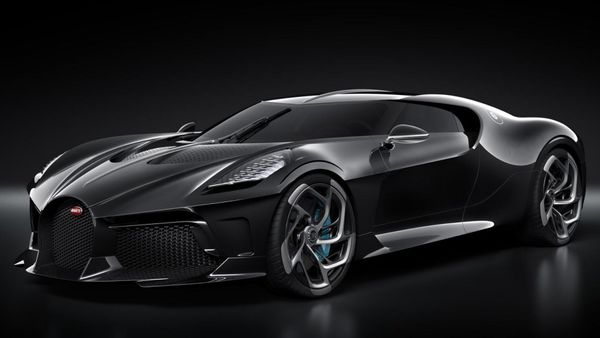 It’s the most expensive car in the world.

When you’re arguably the greatest soccer player in the world and you have mountains of cash as a result, you can’t just buy a Hellcat and call it good. That certainly seems to be the case since Cristiano Ronaldo recently bought a BugattiLa Voiture Noire. It’s the most expensive new car in the world with a price tag of about $18.9 million. Speculation has been swirling around who could have purchased it, with Ronaldo at the top of the list, and that turned out to be true.

Yes, we know that’s a ridiculous amount of money, but the 1,500-horsepower hypercar is at least an impressive machine. Based on the Chiron, Bugatti uses a coachbuilding approach for every La Voiture Noire. Also, there’s only one in existence, and as we constantly emphasize, rarity or exclusivity inflates car prices big time.

Maybe Ronaldo is really concerned he’s going to arrive at a party and find some guy just pulled up in the same car as him. That’s an embarrassing situation for such a prestigious athlete and we’re sure it keeps him up at night. And no, we don’t feel sorry for him in the least and doubt he cares.

Back to the car: numerous design details are callbacks to the iconic Bugatti Type 57 SC Atlantic. Perhaps the most prominent of these details is the exposed central spine on the new car. We’re always fans of retro touches in modern cars because not forgetting the past is important. Plus, we like classic cars.

Nobody is going to mistake this La Voiture Noire for a mere Chiron, which would be an embarrassing mistake. The one-off hypercar has a completely different front fascia, especially the layout of the headlights.

The quad-turbo 16-cylinder engine is the same one used on the Bugatti Chiron, but as we said before it’s tuned to 1,500-hp. To further emphasize this is a special car there are six exhaust pipes in the rear fascia. The more tailpipes the faster the car, or the more expensive, or at least it seems the French believe this.