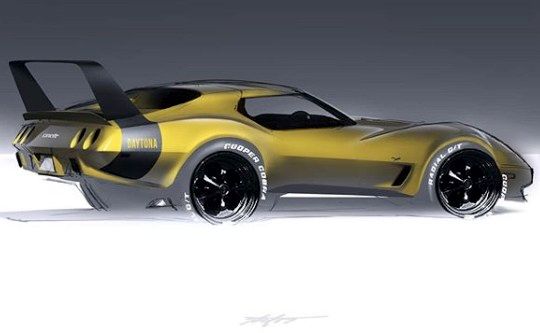 These renderings are pretty wild!

Homologation rules of racing such as NASCAR's version that mandates 500 cars be built and sold to the public before having access to their racing circuit gave birth to many of the most desired cars of the 1960s and 1970s. Limited production runs of cars such as the 1969 Dodge Charger Daytona and 1970 Plymouth Superbird created a demand with a severe lack of supply all in the name of racing.

At Talladega Speedway on March 24, 1970,  Buddy Baker became the first ever to wind a car up to 200 mph on a NASCAR track. The car was a 1969 Charger Daytona that went on to win two races in 1969 and four in 1970 along side the Superbird claiming eight victories in its only year of production. Seeing just how well these cars can do on the track, enthusiasts and designers have never been able to get enough despite the fact that the design was ruled out of the race in 1971.

Paying homage to the radically aerodynamic design of the 1969 Dodge Charger, a Kia Motors Europe exterior designer took a few key aspects of the design and applied it to renderings of two already very aerodynamic and iconic cars with similar racing histories. The results are nothing short of intriguing, a C3 Vet in a greenish gold tint sporting the massive Daytona wing and badging and a similarly colored Porsche 911 with the big wing and a call out to what he believes to be the German equivalent to the Dayton 500.

While the almost experimental looking colors, big wings, and almost flat aerodynamic styles that Dodge dreamed up for their drive to dominate the track may not have been for everyone, there is no doubting the uniqueness. Likewise, this very talented designers renderings have certainly struck a similar chord. If you’d like to see them for yourself you can find them on Instagram posted under the username marcell_sebestyen.