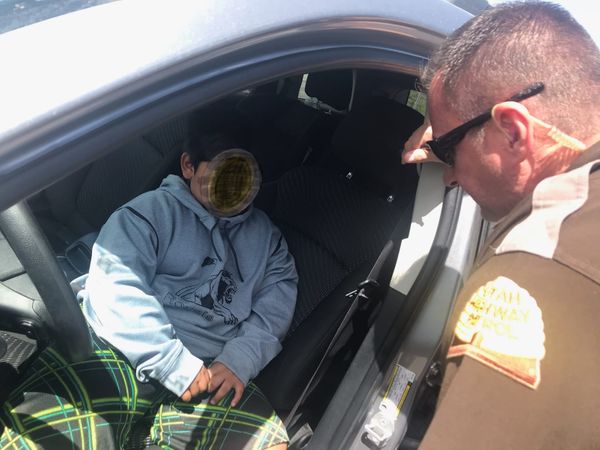 He told officers that was on his way to California to try and buy the exotic with the $3 in his pocket.

While the crazy news has been nothing short of abundant lately, it seems like more children or getting their fair share of run-ins with Johnny Law. Maybe it's because of current times of being in pandemic lockdown and quarantine that is causing kids to lash out and go a bit stir crazy, but here's a story that may have you scratching your head. A 5-year-old boy was just pulled over by Utah State Troopers after he stole his parent's car. What was the reasoning? He said he was on his way to California to buy a Lamborghini with the $3 in his pocket.

The boy decided to take the SUV after an argument with his mother due to her not purchasing the exotic car for him. Initially, police thought they had an impaired driver on their hands as the SUV the child was driving was seen swerving between 15 to 30 miles per hour on Interstate 15. The boy was able to pull over for the Troopers where he shared his side of the story. Amazingly, the child was able to merge onto the southbound I-15 from 25th street from his home at 17th and Lincoln in Ogden, Utah.

There's a video of the dash cam footage from the traffic stop where the cop is heard asking the boy how old he is and where he learned to drive. The cops had to help the child get the SUV into park as the boy sat on the very edge of the driver's seat with his foot on the brake.

Not quite sure what the kid would have done as he made it to the Lamborghini dealership with just $3 in his pocket since a new Italian exotic costs about $200,000. The good news is that no accidents were caused and nobody was hurt. Charges could be filed against the parents for the incident that happened when the child was left in the care of a sibling while they were not home.