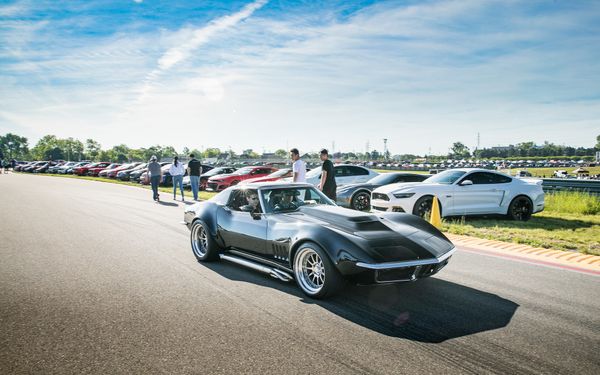 COVID-19 has been a disaster for automotive enthusiasts in terms of shows, auctions and races, but 2021 is shaping up to be an incredible year for gear heads thanks to the Motor City. The Detroit News is reporting that organizers of the private M1 Concourse racing facility in Pontiac, Michigan are planning an American Festival Of Speed for Fall 2021, which will round out a car-themed summer for the Metro Detroit area.

This event will be modeled after the Goodwood Festival Of Speed, which first started in 1993 and now attracts more than 150,000 people each year. Whereas Goodwood is held at the estate Lord March, the American Festival Of Speed will be held at the 87-acre M1 Concourse facility just north of Detroit, and the 1.5-mile road course could provide similar high-speed entertainment as Goodwood's 1.1-mile hill climb event. Organizers for this event will be hosting a new Woodward Dream Show planned to kickoff this August in place of the cancelled Woodward Dream Cruise.

The first annual American Festival of Speed is currently planned to run Sept. 30 through Oct. 2, 2021, and it will honor American racecar driver and Chaparral Cars founder, Jim Hall. Not only will three of Hall's Chevy-powered Chaparral racecars be on display at the Festival of Speed event, but the cars will also be driven on the track. As more European automakers have backed out of the North American International Auto Show (aka, the Detroit Auto Show), such a Euro-inspired event could spark increased participation from these companies.

With the North American International Auto Show moving to June and Woodward Dream Cruise in August, these events will act as bookends for car-themed summers in the Detroit Area, the addition of the Woodward Dream Show later this year and the American Festival Of Speed coming in 2021 promise plenty of automotive excitement for car lovers.