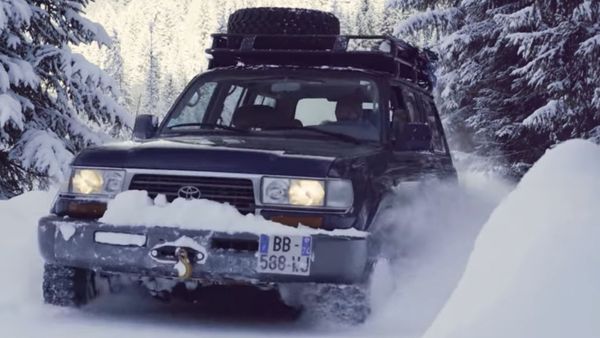 These rigs are quickly catching the attention of collectors…

Everyone dreams of owning a Toyota FJ40, which is why getting even one that’s rusting out will only cost your first born and then some. They’re tremendous, no-nonsense off-roaders like the classic Jeeps, but with the promise of reliability people find so incredibly alluring. In recent years, the 60 series Toyota Land Cruisers have started capturing the eye of collectors. That follows the trend of more 80s cars like the Camaro IROC-Z being scooped up by people who great up around them and have the means to pay large sums of cash to own one.

You probably already see where this is going, and a growing number of people are catching on: the Toyota Land Cruiser 80s are quickly becoming hot property on the collector market. These things are overbuilt and incredibly capable, plus they promise more luxuries than the 40s and 60s. You might balk at things like leather upholstery, but have you seen how many FJ40s have that and more these days?

By far the most desirable of the 80 series Land Cruisers is the FZJ80. You might be wondering what the difference is between that and the FJ80 since they look exactly the same. For the most part they are the same rig, but the key difference between them is the engine.

The reason why people flock to the FZJ80 is the more powerful 1ZFE straight-six. While it’s great for getting up to freeway speeds, obviously the main draw is the increased torque for pulling through tough off-road conditions. Plus, starting in 1998 Toyota used an electronic ignition system some greatly prefer, but as with everything others aren’t a fan. Still, enough people see value in this engine to make the FZJ80 a hot acquisition these days.

In the video attached to this article, you get to see one of these Toyota Land Cruiser FZJ80 at play in deep snow. It’s just a fun way to see some of what this legendary off-roader is capable of doing.