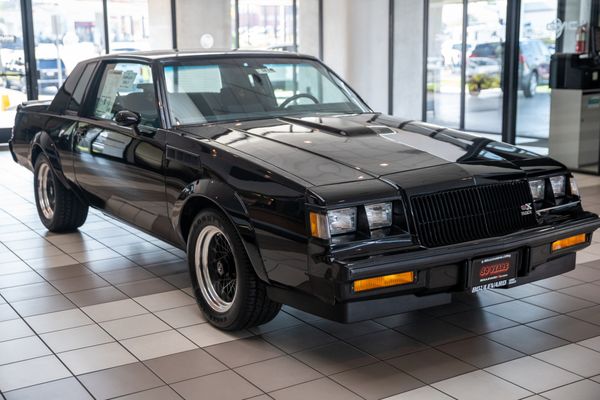 This car has remained at the dealership all these years later.

The Buick GNX has experienced a wave of new interest over the last several months - one example with only eight miles on the clock moved the needle over $200K last year, and similar trends have followed. Now, as the year is wrapping up, another interesting example came to our attention when it recently visited Jay Leno’s Garage.

Out of the only 547 examples made during the single year run of the 1987 Buick GNX, this is one that has very low miles on the clock, with only 184-miles on the clock. Not only is this a low-mileage example, it’s also never been sold, technically making it a new car.

"The thing that makes it unique is it's a brand-new car," Jay Leno offers in the YouTube episode of Jay Leno's Garage. "It still has the window sticker. This has sat in the window of a Buick dealership since 1987."

Back in 1987, the Buick GNX carried an MSRP of around $29,389, or a nearly a tenth of what you can expect to pay for one with that kind of mileage in 2019. However, the cars did sell for more than that during their time, according to Brad Willingham, "They started hitting the east coast first and...some of them went for some big money right off the bat."

This particular example was allocated to Boulevard Buick of Signal Hill, California, where is has since resided on display for 32 years. The dealership took out a full page ad to solicit bids on the car, but not a single offer came about. Willingham recalls that they had offers for invoice, or under qualified buyers offering sticker, but nothing ever materialized.

Although the warranty is no longer valid, the GNX is actually still for sale. Willingham says there’s been tire kickers amongst the renewed interest for the extremely rare special edition.

The car was listed for sale on Bring A Trailer at the beginning of the year, but failed to meet the reserve, with the highest bid of $150,000.