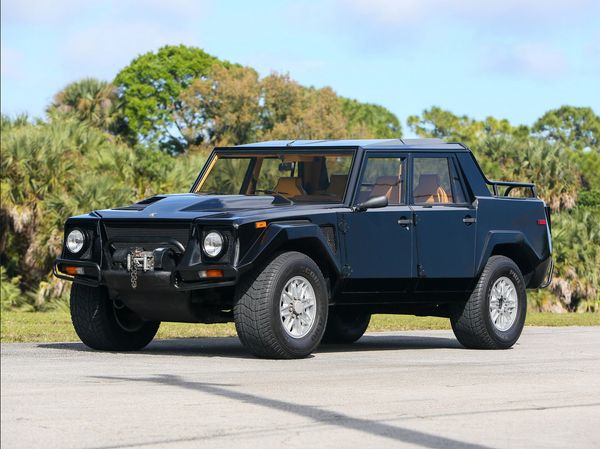 This "Rambo Lambo" is still in like-new condition!

Pretty much all LM002s are solid choices for investment cars these days, but this 1992 Lamborghini LM002 stands out with its stylish alloy wheels as well as period-correct aftermarket accessories including the Alpine stereo system and the bumper-mounted front winch. This rugged off-roader has been preserved in its original condition, and it shows extremely well with beautiful black paint and no flaws to its tan leather interior.

Years before the Lamborghini Urus came around, the Lamborghini LM002 was Lamborghini's answer to the growing SUV segment. While its appearance definitely looked ready for the trail, the the mammoth SUV/pickup truck still delivered impressive on-road performance including a 0-60 mph time of 7.7 seconds. Despite weighing almost three tons, the LM002 was able to accelerate quickly thanks to the front-mounted 5.2-liter V12 engine sourced from the Lamborghini Countach.