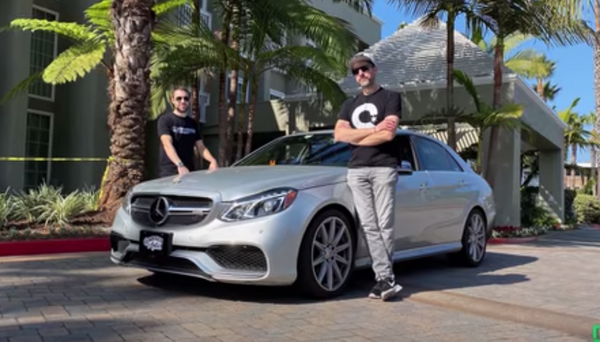 An undisclosed team at the moment took advantage of less traffic on the road during lock-down orders to nab the fastest Cannonball time yet.

The Cannonball driving record has been broken yet again, just a month after a team driving an Audi A8 L nabbed a time of 26 hours and 38 minutes driving from New York to Los Angeles. This time, the new record-breaking time is said to have broken 26 hours according to Ed Bolian from VINwiki, the former coast-to-coast record holder. Roughly a month ago, the aforementioned Audi A8 L had set the record with aftermarket fuel tanks strapped inside the car. Details are limited on this new Cannonball record run for now.

Ed Bolian set the record with Dave Black in 2013 by driving from New York to Los Angeles in 28 hours and 50 minutes. In the video, Bolian says that his record has been broken about seven times in the last five weeks alone with this last one under 26 hours. Details are hush as those involved will appear in his show to discuss the record. Bolian does say that the record was highly organized and consisted of a team of 30 spotters to make sure there were no run-ins with the law during the trek.

According to the video, the team's average speed was 120 miles per hour through several states, but the overall average speed was not revealed. Even more, the winning car hasn't been discussed either. However, soon we should know more information when the guests join Bolian on his YouTube channel VINwiki to discuss the adventure and all of the details that nabbed them a time of less than 26 hours from coast to coast.

With the recent pandemic having people quarantined inside their homes and having way less traffic than normal during the time of the new Cannonball record, it is likely that this one might hold up for quite awhile.