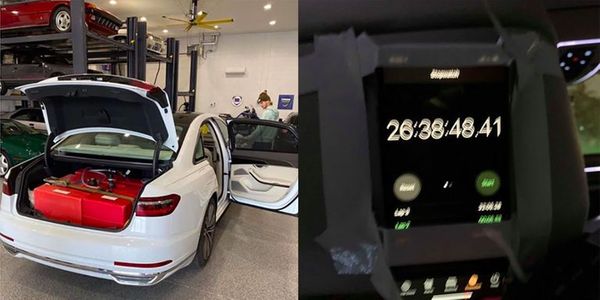 If you ask past record holders, the answer could be "yes."

Not long after COVID-19 began spreading across the U.S., there was talk about how easy it would be to perform the infamous Cannonball Run. As it turns out, a group did use the reduced traffic to set a cross-country driving record, and now the some of the past record holders are a little butthurt over the timing of this record run.

On April 4, a modified 2019 Audi A8L managed to drive from the Red Ball Garage in New York City to the Portofino Hotel & Marina in Redondo Beach, California in just 26 hours and 38 minutes smashing the previous record of 27 hours and 25 minutes that was set back in November. This time has been confirmed by past record-holder Ed Bolian, but some past Cannonballers (as well as the "official" Instagram account) have come forward saying that the record shouldn't stand because it was unfairly attempted while taking advantage of the empty streets – the result of a nationwide stay-at-home order.

The idea of bunch of law breakers scoffing at another law breaker for breaking the law is laughable, but it's also funny that these people are upset because the record was broken during an advantageous window. Keep in mind that most modern teams use advanced technologies and a network of spotters, which weren't available when Erwin "Cannon Ball" Baker first drove from New York to L.A. in 1933 or when this race started an underground cult in the '70s, to assist with high-speed runs. So what's wrong with taking advantage of greatly reduced highway traffic?

Either way, averaging over 100 mph while driving cross country is still illegal. What do you think? Let us know in the comments below.