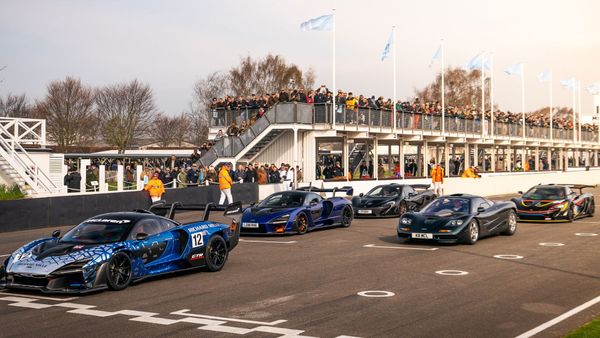 The toll from the COVID-19 shutdowns continues to climb.

As shutdowns intended to “flatten the curve” of new COVID-19 cases globally continue, the financial toll has been creating many other problems. While not as tragic as family breadwinners losing their only source of income, McLaren Group is eyeing selling off its iconic collection of historic race cars. Naturally, that makes some people sad, those who hate McLaren with a passion joyous, and well-heeled collectors eager.

Losing any of the numerous Formula One cars in the collection, which have been piloted by racing legends like Ayrton Senna and Bruce McLaren would be a blow to the automaker. Also included in the collection is the McLaren F1 XP5, a prototype car which set the world land speed record for a production car. Also potentially leaving the collection would be legendary McLaren Can-Am racers, like the McLaren M8A from the 1968 season. Since McLaren won’t clarify anything, it’s not clear which of the cars would be sold.

Also at risk is the McLaren Technology Centre, a flashy facility McLaren constructed not too long ago. . Mortgaging that spectacular facility along with selling all the cars could raise up to £450 million, cash desperately needed by the British automaker if it wants to stay afloat during these trying times.

This decision surely won’t be made in haste, at least one would hope. Reports indicate JP Morgan is working out a plan to keep McLaren financially viable. That might be possible without selling anything, other than production supercars. The company might sell new bonds by leveraging third-party funding. The bonds would have to be repaid once everything returns to normal, so there is some risk in the proposition.

Not only is McLaren not selling as many supercars in the past few months, the F1 team isn’t competing and making money. Something about the financial situation will have to give. Considering the inspiration that McLaren employees have derived from the car collection, selling that off could have long-lasting effects on company morale.