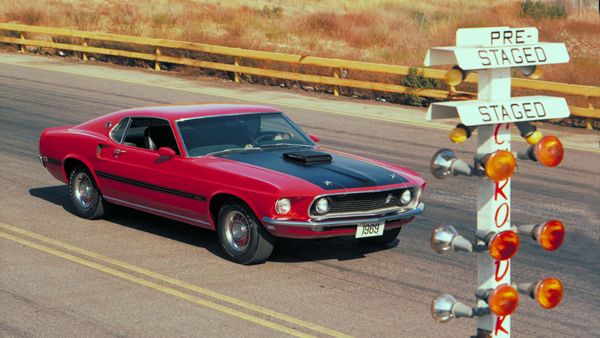 The Mustang Mach 1 is returning for 2021, and here's a look back at this car's legendary past.

Ford's 2021 model year is shaping up to be quite exciting for enthusiasts. In addition to the return of off-road-ready Ford Bronco, Ford is  also bringing back the Mach 1 nameplate on a car that it promises to be the "most track-capable 5.0-liter Mustang ever."

In 1974, the Mustang was redesigned and downsized for its second generation now called the Mustang II, and the Mach 1 name carried on with a 2.8-liter V6 and later a 302 cubic-inch V8. The Mustang II Mach 1 was offered until 1978. Ford revived the name for a limited run of Mach 1 Mustangs in 2003 and 2004 using parts from the 2001 Mustang Bullitt, and these cars remain extremely collectible today.

Like the 2003-04 Mach 1, expect the 2021 model to carry over components from the now-discontinued Mustang Bullitt while adding extra performance parts such as the massive Brembo brakes and 19-inch wheels wrapped in track-ready Michelin Pilot Sport Cup 2 tires that are evident in the teaser pictures. With the combination of the Mach 1 name and bold promises regarding performance, there's no question the 2021 Ford Mustang Mach 1 will be an instant collectible.