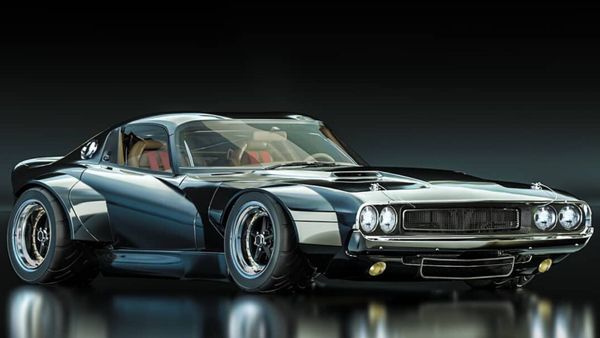 At Motorious we believe in exposing our readers to all kinds of car renderings and allow them to make up their minds about whether they’re great or complete failures. Sometimes, though, we come across a car rendering on social media that’s so bad we have to set aside objectivity as our duty not only as journalists but also as auto enthusiasts. This is one of those times when an artist has just gone too far.

What you see pictured is the fusion of a Dodge Viper and Dodge Challenger. It is the thing that should not be, a mad experiment gone wrong and yet apparently is beloved by its creator. If you find it strangely attractive, you’re probably still a good person, no really, but we advise against admitting so at the next party you attend. That, and you might have a problem with wearing socks with sandals.

You’re probably already dissecting this rendering, which up front is a classic Dodge Challenger and around back is all party with a Dodge Viper VX. If you were to pick two Mopars which would be on about the same wavelength, these two would definitely not be it. Not only are they from completely different eras, they’re wildly dissimilar with one being a muscle car and the other an American exotic supercar.

Thankfully, no Vipers or Challengers were harmed in the process of making this “art.” However, plenty of eyes are now needing to be thoroughly washed. We apologize for subjecting everyone to this, but the best thing you can do to combat bad ideas is to bring them to light, so here we are.

The artist responsible for this irresponsible car-thing goes by mattabellamy on Instagram. He calls this monstrosity the Dodge Adder R/T. We call it a steaming pile of crap. He regularly takes two cars and combines them in an unholy union. There should be laws against this sort of thing.